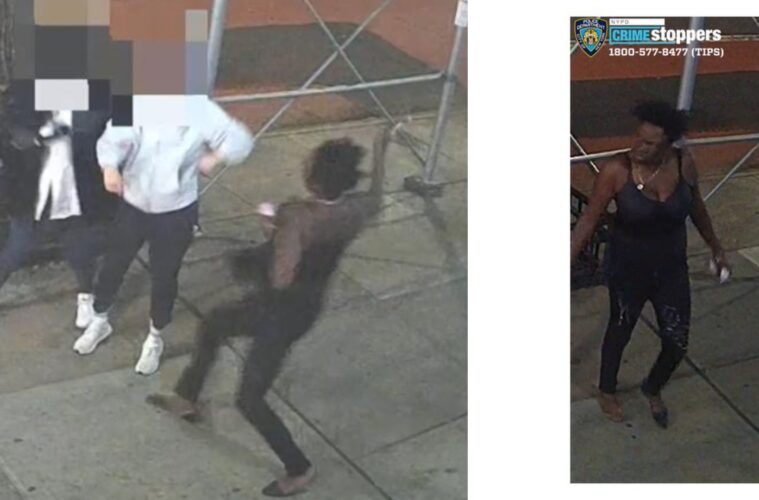 Two Asian women attacked with a hammer and hospitalized in Manhattan, suspect wanted

The suspect asked her victims to remove their masks

Two Asian women have been attacked with a hammer in Manhattan.

Video footage shows the attacker approaching them from behind. The suspect asks them to remove their masks before swinging at them with a hammer and eventually walking away as the women tried to fight her off.

The 31-year-old victim suffered a deep cut to her head and was hospitalized.

“I felt like I blacked out for a second,” one victim said. “I just wish everyone could stop this violence.”

NYPD is asking for the publics help in identifying the suspect. Anyone with information is being advised to call 1-800-577-TIPS.

Also, a man has been arrested after attacking two Korean American women with a cement block.

Video from Sunday, May 2nd attack on two Asian females, 31 and 29, who were walking on the sidewalk when an unknown individual demanded they remove their masks and then struck the 31-year-old in the head with a hammer causing a laceration. Info? ☎️1-800-577-TIPS pic.twitter.com/9YMaQfUhzm

Video from Sunday, May 2nd attack on two Asian females, 31 and 29, who were walking on the sidewalk when an unknown individual demanded they remove their masks and then struck the 31-year-old in the head with a hammer causing a laceration. Info? ☎️1-800-577-TIPS pic.twitter.com/9YMaQfUhzm