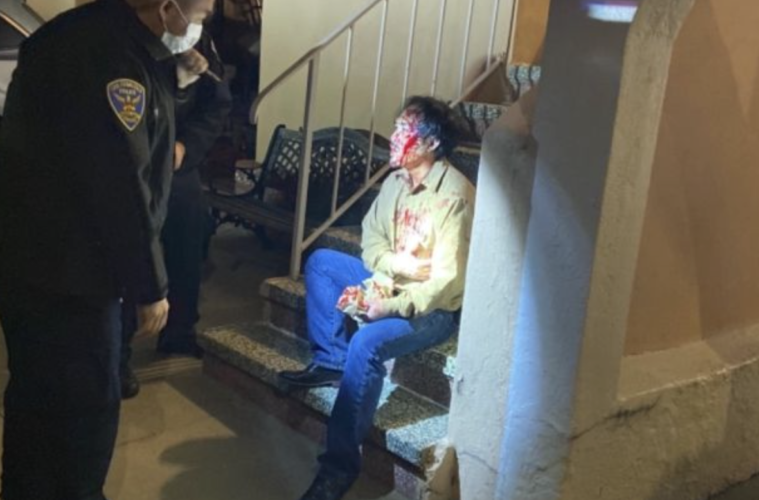 "His whole body was bleeding"

A suspect has been arrested for robbing and stabbing an Asian man in San Francisco.

On 10 April, 53-year-old Chi Ling Lee was walking on Exeter Street when the suspect approached him, demanding money from him.

The suspect stabbed the victim five times in his upper body including his face as his backpack was robbed.

Lee was taken to hospital with life-threatening injuries, including a collapsed lung.

A GoFundMe Page was set up to help support the family and to cover Lee’s medical bills. At the time of writing, the page has drawn in $46,906 – far exceeding its goal of $25,000.

Lee has since been discharged.

Surveillance videos, witness statements and physical evidence including a kinfe and human hair found at the scene helped officer to identify the suspect as 28-year-old Clarence Sims of San Francisco.

Sims was charged with robbery, assault with a deadly weapon, other than firearm, and a probation violation.

The suspect was already on probation for a December 2018 robbery involving a firearm.

A 61-year-old Asian American man was also repeatedly kicked in the head whilst collecting cans.

Most recently, a man who racially abused an Asian American detective is now facing a lawsuit.