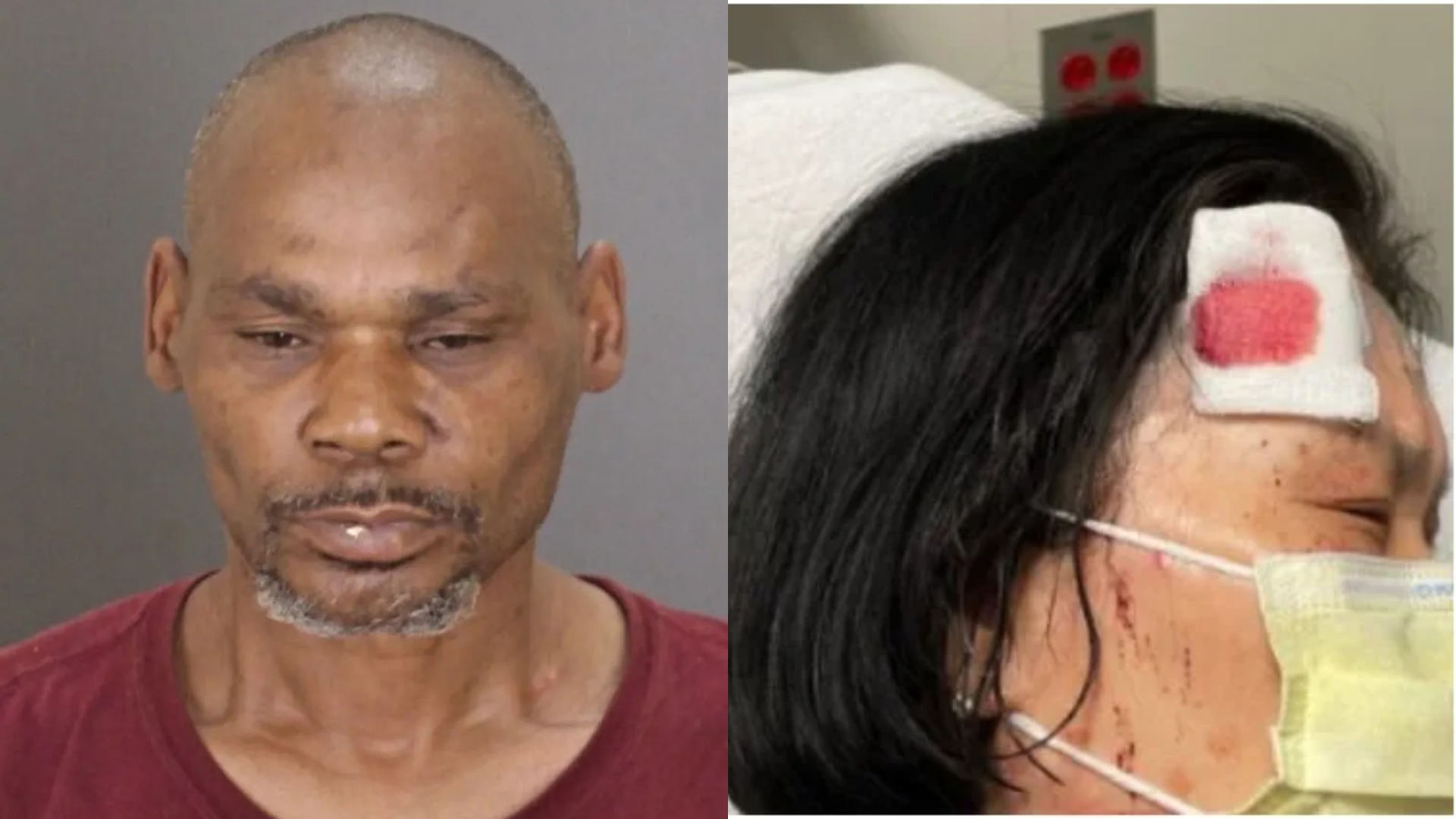 “I’m feeling raged, of course watching a video of your mom and your aunt beat is crazy"

A man has been arrested after attacking two Korean American women with a cement block.

John Yun’s mother and aunt were attacked at their own store – Wonderland Liquor Store on Pennsylvania Ave in West Baltimore.

Video footage shows Yun’s aunt approaching the front of the store, trying to close the shop when a man in a red shirt comes up to her with a cement block in his hand.

The man pulls her to the ground and beats her with the block. As Yun’s mother attempts to intervene, she is also hit.

“I’m feeling raged, of course watching a video of your mom and your aunt beat is crazy,” Yun said, adding that the attack was random and unprovoked.

“She says this is the first time she has ever seen him so, random, random act,” said Yun.

“It doesn’t make sense why they would come here to make a living and get treated like this in a community that should embrace (them) because we’ve been here for over 20 something years, we are a part of this community,” Yun added.

The women are seen trying to fight the man off and successfully pushing out of the store.

“I’m so proud of the, like the courage to actually stick up like that, it’s insane,” said Yun.

Baltimore Police later arrested 50-year-old Daryl Doyles and charged him with two counts of aggravated assault for the attack.

Both women were hospitalized with severe injuries but are now at home recovering.

“They’re in shock,” said Yun. “My aunt got the worst of it, 30 stitches, bruising… to see them in person like that, it’s so disheartening.”

“I do want justice for this incident that has happened because imagine watching a video vice versa, imagine what you would think of your mom being attacked,” said Yun.

“Everyone is treated equally, there’s not one person higher than another. So please, just stop all this hate, it needs to stop,” said Yun.

A Go Fund Me page has been created to support the family.

Most recently, an Asian father was attacked in San Francisco whilst walking his 1-year-old child and an Asian American teen was left concussed after being punched at a basketball game in Oakland.