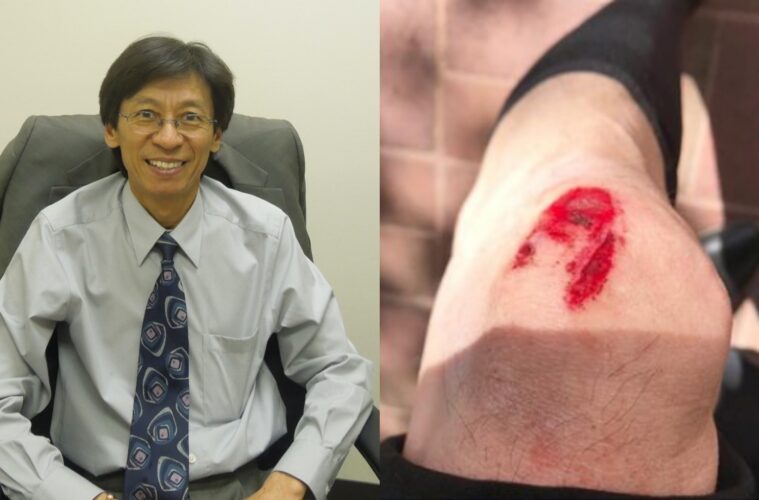 The president of the Oakland Chinatown Chamber of Commerce has been racially abused and physically attacked.

Carl Chan was on Broadway and 8th street when his attacker approached him from behind and hit in in the head whilst shouting racist slurs.

Chan fell to the ground, injuring his knee. After briefly blacking out, Chan saw the man walking away but managed to take a picture of his attacker.

Oakland Police Captain Bobby Hookfin and his team were able to arrest the attacker based on Chan’s photographs.

“Carl — as tough as he is — he was able to take pictures of this guy,” Hoofkin said.

“So we can figure out exactly what happened, and exactly what charges to file,” Hookfin said, but added that it was too early to declare the incident a hate crime. “Is this a hate crime? We don’t know. But we need to find out right now.”

Speaking to ABC7 reporter Dion Lim, Chan said it was his adrenaline that enabled him to get up and photograph the suspect.

“If I didn’t stand up I’m one hundred percent sure he would have kicked me and it would have been devastating,” he said, adding that he was grateful it was not a senior or woman or child who was attacked.

In California, an elderly Asian American woman was kicked in the face by a suspect who was on parole for fatally stabbing his mother.

Meanwhile, an Asian “anti-masker” was stabbed and killed in Washington.

Most recently, charges against the man who spat at and punched an 83-year-old Korean grandmother have been dropped.