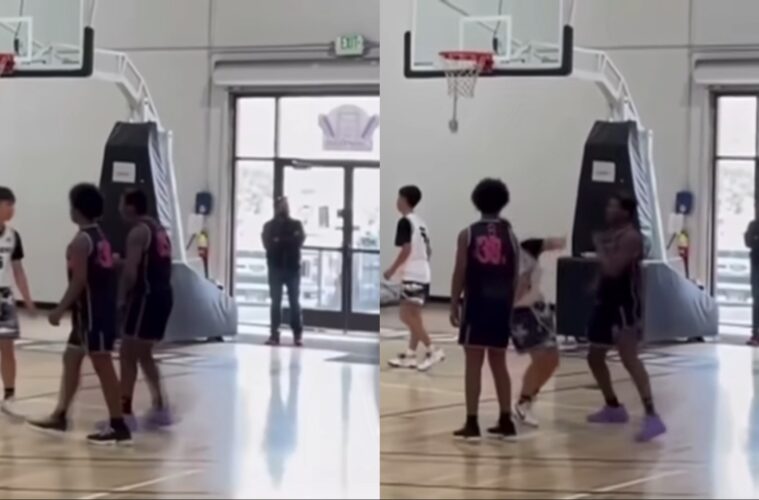 “Not one single parent stood up to go protect my son"

An Asian American teen was left concussed after being punched at a basketball game in Oakland.

Video footage shows the San Jose teen Evan trying to grab the basketball during the match. As he reaches, a player from the opposing team also reaches for it but then pushes Evan after passing the ball.

Evan gets up and is pushed down again by a second player before words are exchanged and Evan is punched in the head.

“Not one single parent stood up to go protect my son, I ran across the gym to get him,” Evan’s mother Lennie said. “They did use the ‘C’ word.”

“Several of the boys said they were using a lot of profanity using the ‘B’ word using the ‘C’ word,” witness Olivia said.

The tournament was hosted by Grassroots 365, who allegedly refused to watch the video footage of the incident.

“How was a technical foul not called when he was obviously punching him in the face?” Olivia asked. “They said, ‘Oh, we saw what happened,’ and I was pressing them because I said, ‘If you saw what happened, you should not let that go!’”

“The worst part is no one apologized,” Evan’s father Eduardo said.

“It just makes parents not want to pay all this money to put their kids in danger if they’re not going to be protected and be safe,” said Olivia. “That’s sad, because they love basketball.”

Grassroots 365 posted a statement on its Instagram account and on the organization’s website, saying, “We are sickened by the senseless and deplorable actions of individual players on the court this past weekend in Oakland. We have taken swift action to address the individuals involved and will continue to diligently and comprehensively investigate the incident that took place.”

Most recently, an Asian father was attacked in San Francisco whilst walking his 1-year-old child.