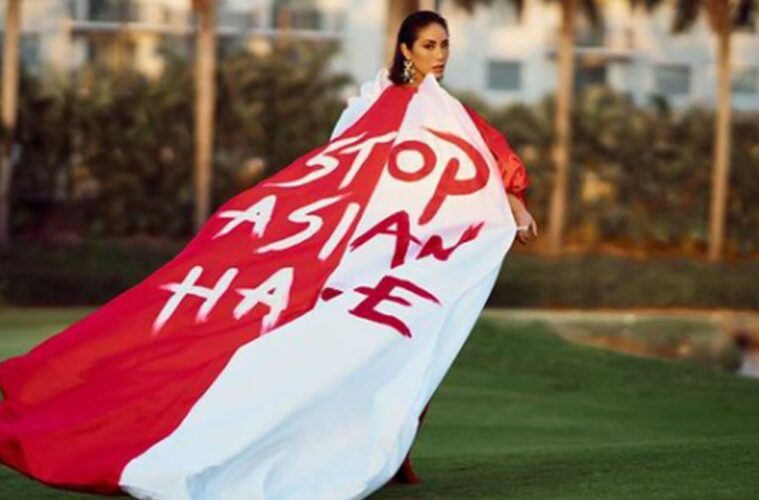 "What is this platform for if I can’t use it to send a strong message of resistance against prejudice and violence!"

In a post on Instagram, Ong shared an image of herself draped in a red and white cape, symbolizing Singapore’s flag, with the words “Stop Asian Hate.”

The 27-year-old wrote in the caption, “What is this platform for if I can’t use it to send a strong message of resistance against prejudice and violence! Thank you #MissUniverse for giving me this opportunity!”

Paulo Espinosa hand-painted the costume, which was designed by Arwin Meriales.

“The red represents equality for all. White symbolises everlasting virtue. Singapore is a place for all races and they are very proud to be Asian.”

Ong also revealed that the costume was made in just two days. “I reached out to Filipino designer @arwin_meriales04 to create a design of my own and he executed! When he offered to get @kuyapawlo to hand paint something at the back I knew straight away that it had to be about the movement revolving racial spite and prejudice!”

“Given the slim timeframe we had to get it sent from the Philippines to Singapore before I flew out to the US, I’d say this is a HUGE win for everyone! We got our message across loud and clear! Thanks for roaring back at us with love and praise!”

Ong is the reigning Miss Singapore and is competing for the title of Miss Universe.