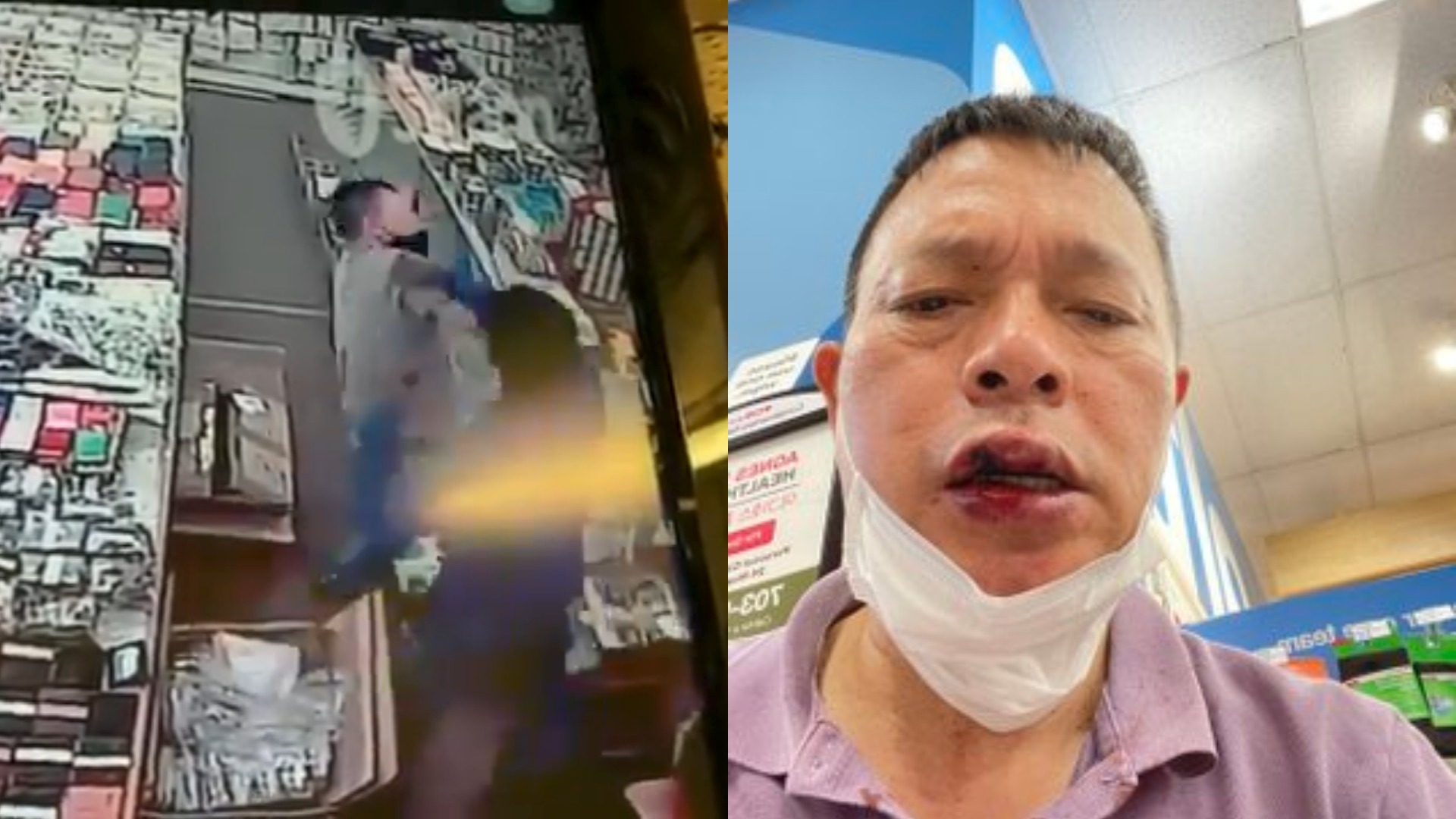 ‘F*** you Chinese people, I hate you’: Racist customer punches jewellery shop owner in the face

An Asian shop owner has been punched in the face by a racist customer in Washington DC.

Max Trading owner Chong Hu Lu was assisting the customer on Tuesday 4 May at 1:46 pm, when the incident occurred.

The customer became violent when he was informed that the store had a policy of not removing the jewellery from the case.

CCTV footage shows the customer punching Lu in the face, causing him to fall to the ground. Lu later received 14 stitches for his injuries.

The suspect ran away and has not been arrested. DC Police are “investigating the attack as potentially being motivated by hate/bias.”

Police are asking for the public’s help in identifying the suspect. Anyone with information is advised to call 02-727-9099 or text 50411.

Most recently, two Asian women were attacked with a hammer in Manhattan.

ASIAN SHOP OWNER ATTACKED: Chong Hu Lu, owner of Max Trading in NE DC, says he was punched yesterday in the face by a customer. Lu says the customer got upset about the store’s policy of not removing jewelry from the case and then yelled “F*** you Chinese people, I hate you” pic.twitter.com/ciUDgGEjaY

This surveillance video shows the attack. The attacker ran away + hasn’t been arrested. DC Police tell me they are “investigating the attack as potentially being motivated by hate/bias.” Lu tells me he had to get 14 stitches. Full story ahead at 4/5/6p on News4 @nbcwashington pic.twitter.com/dJf2wdCyjH