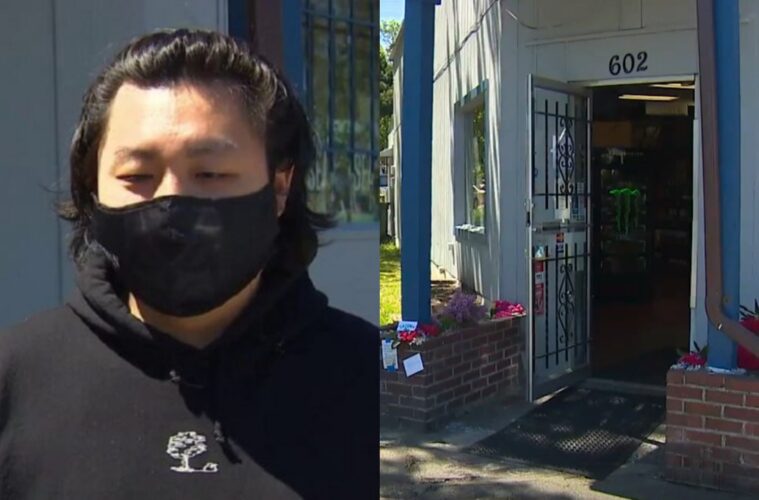 “I was screaming, 'Someone help my dad!' He’s bleeding"

An Asian store owner and his son have been stabbed by a customer who refused to wear a face mask in Tacoma.

Jin Hyun, 33, said the incident occurred on Tuesday at 2:15pm when he asked the customer repeatedly to put on a face mask whilst in his store, The Corner Store.

The customer refused and began swearing at the store owner. As Hyun escorted him outside, the customer turned violent.

“I reminded him, ‘Sir next time, you come into the store, have your mask on,'” Hyun said. “And he became upset, pulled out his knife stabbed me.”

When Hyun’s father intervened, the attacker stabbed him too.

“The guy was just stabbing him, and I was trying to knock the guy over,” the younger Hyun said. “I was screaming, ‘Someone help my dad!’ He’s bleeding. The crazy thing is he just walked away like nothing happened.”

Fortunately, both father and son survived the incident. The younger Hyun suffered three wounds to his stomach.

“It angers me still,” Hyun said. “At the same time, but because my dad and I are OK. We’re still here. That helps me to release that anger and move on.”

Tacoma police are still investigating the attack and are trying to identify the suspect.

The local community offered their support for the Hyun, leaving notes of kind words at his store.

Hyun only has one message for the attacker: “wear your mask.”

A GoFundMe page has been created to support the two victims.

There has been a recent rise in attacks against Asians including a suspect who was arrested for stomping on a 61-year-old man’s head in Harlem.

A Los Angeles jail inmate is also facing hate crime charges after attacking a female Asian American custody worker.
Most recently, an 11-year-old and 17-year-old were arrested for attacking and robbing an 80-year-old Asian man in San Leandro.