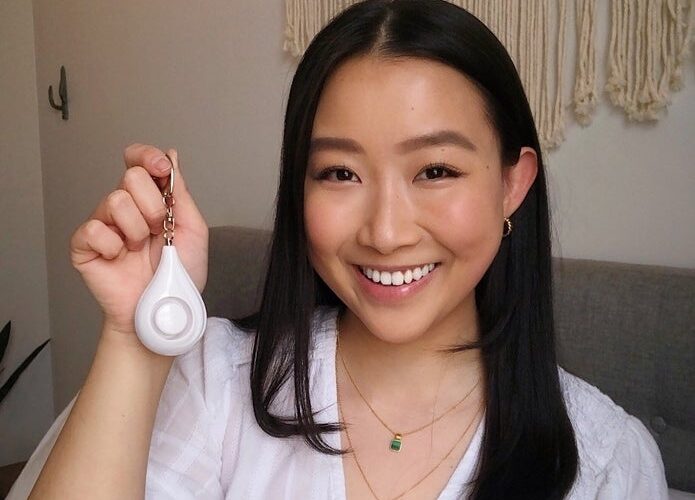 A Brooklyn woman is giving out free safety alarms to Asian Americans in New York City in response to the recent surge in attacks.

Carolyn Kang, who was a victim of an attack on the subway last year, has felt fear and frustration as crimes against Asian Americans increase.

Speaking about the Atlanta shootings, Kang said she was afraid to walk on the streets of her hometown.

“I felt extreme grief, pain, anger, and frustration. These women could’ve been my own mother,” Kang said. “All the trauma of the sexualized racism I had experienced growing up as an Asian-American girl rose to the surface.”

Kang added that she wanted to run her fear and anger into action.

“I felt completely helpless, so I wanted to do something that could tangibly help my community,” Kang said.

Through a GoFundMe campaign, Kang surpassed her $2,000 fundraising goal, and was able to give out free personal safety alarms to Asian Americans in New York City.

“It’s not perfect, but I feel a little more protected walking down the street at night,” Kang said. “This can make a tangible difference in helping our AAPI community feel a little safer.”

Kang received hundreds of requests for alarms, including victims who are no longer feel safe going out by themselves. Other request came from youngsters who wanted them for their elderly parents.

“The theme in all of the emails I’ve been receiving is the same—the AAPI community feels unsafe simply just existing right now,” Kang said. “It is heartbreaking and it must stop.”

Having received over 300 requests, Kang has run out of funds but is hoping to raise more donations. She intends to donate alarms to senior community centres in Chinatown and Flushing.

There has been a recent rise in attacks on Asians across America. Recent attacks against the country include an Asian woman who was hit in the face in Philadelphia.