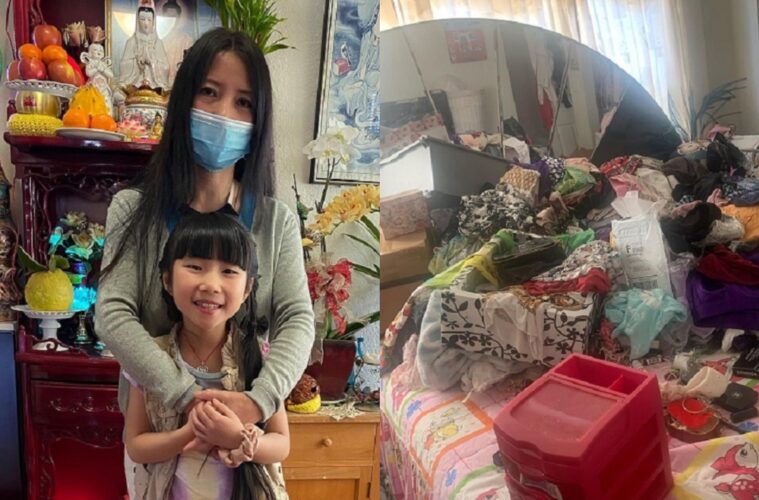 A Vietnamese family was tied up in their own home by robbers who stole their entire life savings in Oakland, California.

On 30 March at 10pm, robbers invaded the home of Roseni and her husband Hoang. The couple, who only wished to be identified by their first names, were putting their 7-year-old daughter to bed when they heard a shatter from their backroom sliding door.

Roseni locked her bedroom door but the robbers kicked in down. The couple were then zipped tied as four robbers ransacked their home for an hour.

Hoang was brutally beaten as the robbers demanded to know where his money was hidden. Meanwhile, Roseni’s bangles were ripped from her wrist.

“They punch him in the mouth and his teeth bleeding…his neck,” said Roseni said about her husband’s injuries.

One robber even threatened to kill the couple’s daughter. “They said if you do anything the first person I shoot will be your daughter,” the family recalled.

“I’m scared they’re going to come back though and I don’t want them to come back,” recalled 7-year-old Amy, who hid under blanket during the invasion.

The robbers fled the scene, leaving the family helpless.

A GoFundMe page has been set up to support the family. “Material things can be replaced but the terror and trauma that they had to endure will never go away,” the page reads. “Anxiety and trauma will continue to linger but we are hopeful that they will get through this.”

“I’ve created this GoFundMe to help Roseni and her family pay for medical expenses plus any bills along the way so they cope and transition through the recovery process. Any amount will be appreciated!” Organiser Karen Cheung wrote.

Roseni’s message to the robbers is: “please don’t come back here again. You already got what you want. Leave us alone for our life.”
⠀
Amy’s message is “I want them to be nice to people and not rob people. I’m scared they’re going to come back and I don’t want them to come back!”

Most recently, an elderly Asian American woman was kicked in the face by a suspect who was on parole for fatally stabbing his mother.