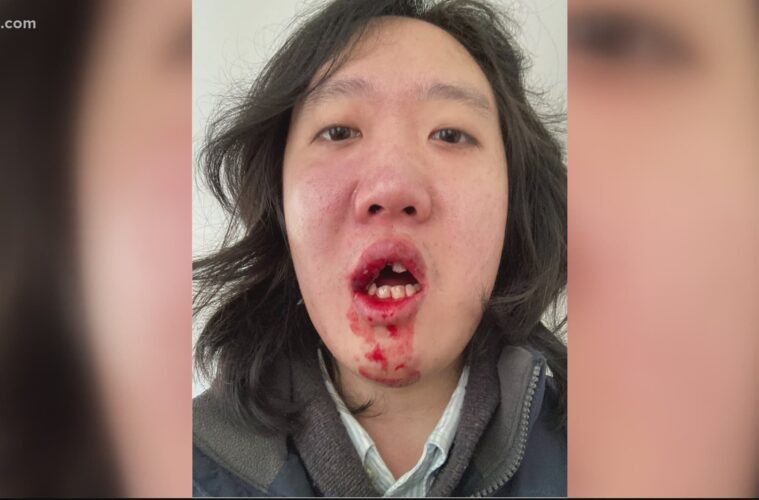 Japanese American man randomly punched in the face whilst walking in Washington D.C.

A Japanese American man was randomly punched in the face whilst walking in Washington D.C.

Mintaro Oba was walking on Wisconsin Avenue near his home on Rdoman Street on 1 March at 1pm.

A stranger approached him and punched him in the face, leaving him to bleed on the ground. The attacker screamed at him and then walked away.

“I suddenly felt a sucker punch to the side,” Oba said. “I was knocked to the ground and found myself bleeding from my mouth with a lacerated lip and loss of a front tooth.”

Oha said he didn’t remember exactly what words the attacker said and was not sure if the assault was racially motivated. He suspects the assailant had mental health issues.

“I know what it’s like to experience violence and the way it changes your relationship to your environment,” Oba said. “It’s not something I wish on anyone else.”

Oha is now cautious of people around him.

“I used to take long walks and let myself get out of my mind a little,” Oba said. “But now, I’m very aware of who and what are in my surroundings.”

The incident follows a recent surge in attacks against Asian Americans across the country.

On Monday, a 65-year-old Asian American woman was attacked in Manhattan.