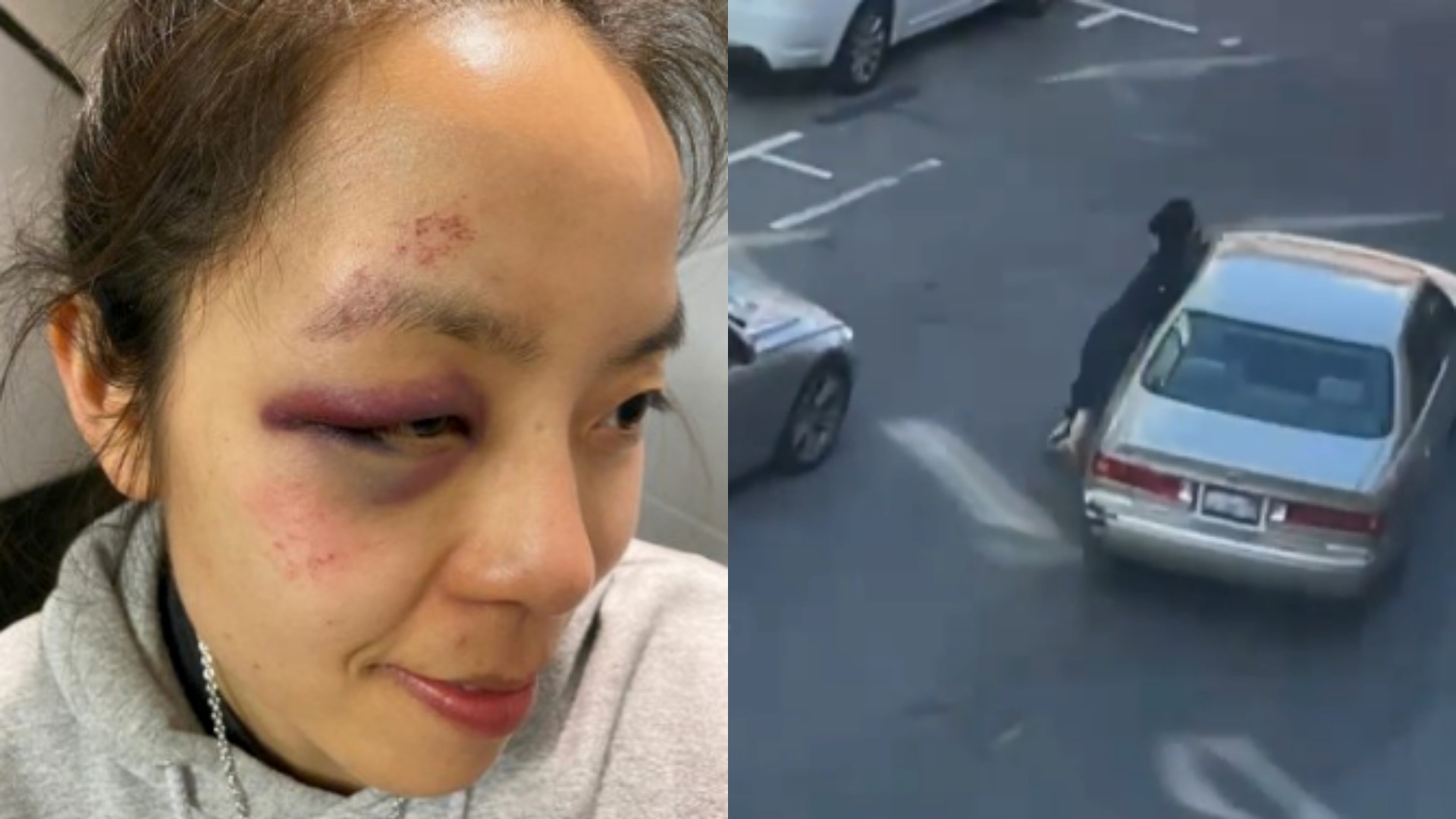 An Asian woman was attacked and dragged by a getaway car in San Francisco.

ABC7 reporter Dion Lim posted about the incident on Instagram.

Lim explains how the woman, self-identified only as Clarisse, was walking home from church on Sunday when she was attacked in Nob Hill.

Three suspects approached Clarisse from behind. When one snatched her handbag, Clarisse refused to let go. She was then punched in the face three times.

Video footage shows Clarisse trying to retrieve her handbag from the getaway car that speeds off, dragging her along.

As the car continues to accelerate, Clarisse falls in the middle of the intersection.

Whilst Clarisse’s face and arm were bruised, she reportedly was not in too much pain.

Despite the horrific attack, her message to her attackers is one of forgiveness.

“I forgive you and I want you to really hope and pray you get what you need out of life but not in a way that’s criminal,” she said, crediting her faith in God for her strength.

Clarisse also doesn’t believe the attack was racially motivated but found it strange that someone would attack an Asian person on the same day as a Stop Asian Hate rally.

Most recently, a 13-year-old boy was racially attacked in Flushing.

Meanwhile, a 28-year-old Asian mother has died in a fatal shooting in Compton.

In other news, John Oliver has said it was “racist” for President Biden to call the Atlanta shooting “un-American.”