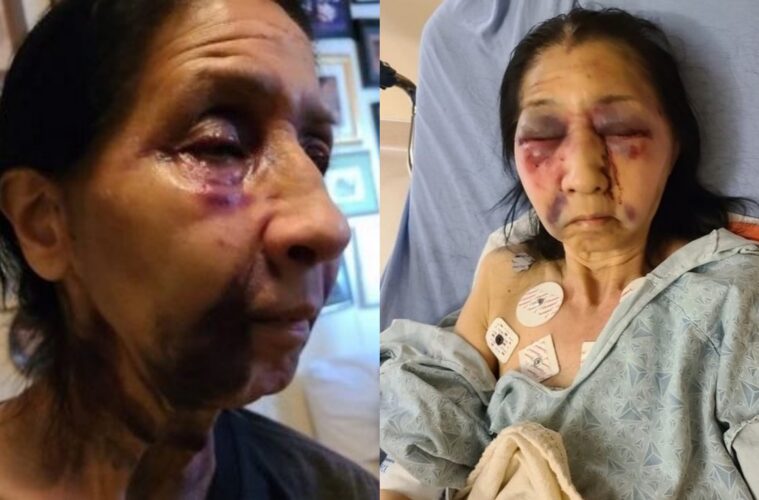 The attacker used a racial slur applied to Chinese people

A 70-year-old Mexican American woman was attacked and hospitalized in LA after being mistaken for an Asian woman.

According to Asian Dawn and The Eastsider, the incident occurred on a Metro bus last week when the woman was attempting to get off the bus.

Identified only as Becky, the elderly woman was heading towards a Vons supermarket to shop for her granddaughter when another passenger began shouting abuse at her.

The attacker, described as a black woman aged 25 to 30, called the woman a racial slur typically used against Chinese people.

According to the victim’s son, their family is often mistaken for being Asian despite being Mexican American.

Being dragged from the back to the front of the bus, the elderly woman was severely beaten and was left with swollen eyes, a broken nose, a concussion and her hair pulled out.

“Nobody would help. Not even the bus driver,” Pete said. A passenger eventually called 911, ultimately ending the assault.

The suspect was later arrested on another bus after the police issued a bulletin.

The victim was held in the hospital for 24 hours and released but has difficulty walking. She had already suffered from lupus arthritis and other disabilities, and suffered further injuries to her leg in the incident.

Most recently, a racist woman was caught making racist comments on a picture of a 2-year-old Asian girl.