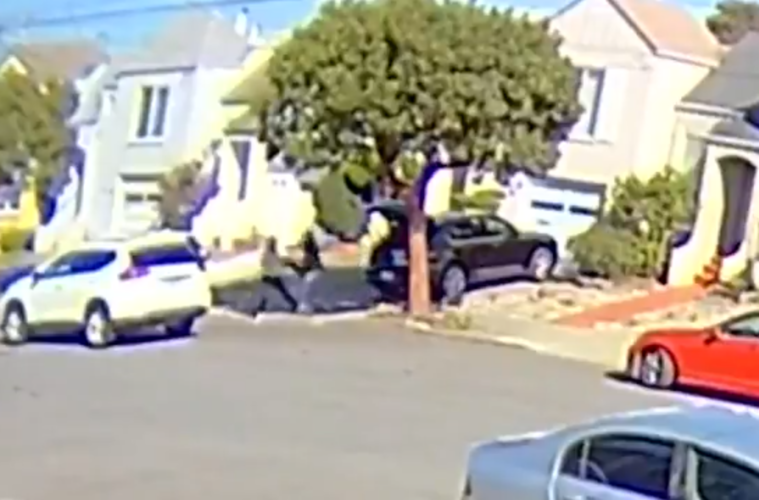 One suspect was an Asian man

An Asian woman was followed, attacked and robbed at gunpoint in San Francisco.

Self-identified as Ms Lee, the woman had arrived at her niece’s home after having dim sum with friends in Richmond.

Video footage shows a white SUV speeding down the street and stopping outside the house. As Lee is removing items from the trunk of her car, the driver of the SUV exits their vehicle and launches an attack on Lee.

Lee is seen being knocked to the ground and being held at gunpoint as she is robbed of her handbag.

As Lee lies helplessly, on the ground the suspect snatches her jewellery including a $16,000 Rolex.

“It really changed her so much, every time she talks about it, she cries,” says her longtime friend Kathie Mar, who was with her that day at the Richmond District dim sum restaurant.

“Everyone in the neighborhood thinks Sunset, Richmond is for families so everybody…no crime here. But we’re hearing more and more so, these past few years,” says Mar. “She is definitely afraid to go out on her own now, to get in and out of her car it’s scary.”

One of Lee’s attackers was arrested in Georgia this week. He was described as an Asian man.

:
⠀
This woman wants to be called Ms. Lee. She was having dim sum in the Richmond 10/20 when…
(1/4)#stopaapihate pic.twitter.com/ee0EfWBcol