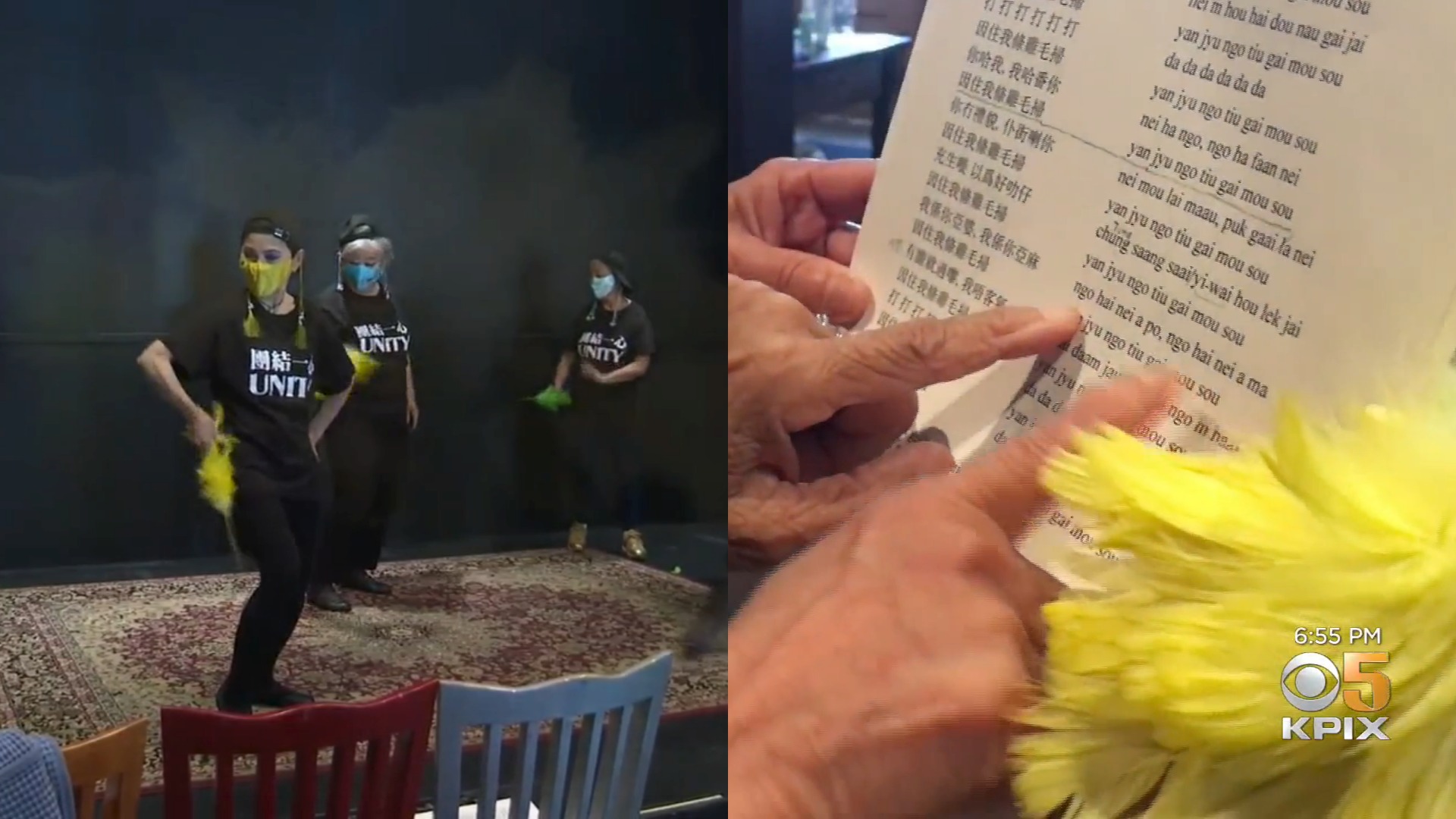 “We are the authority. Don’t mess with us"

A group of Asian San Francisco senior citizens has created a dance and rap to combat anti-Asian hate.

The rap, which is written mostly in Cantonese, features the lyrics, “beware, beware the guy mo so”. This translates to “beware the chicken duster” – a household tool traditionally used for punishing the young.

“Using the guy mo so — this chicken feather duster. It had a hard base so, when you are naughty and getting out of line, the parents would go after you with that,” explained dancer Emily Chin.

Director of the Clarion Performing Arts Center Clara Hsu wrote the rap, with the message of “We are the authority. Don’t mess with us.”

Hsu rehearses with the 18-year senior citizen group called the Grant Avenue Follies at the art center. The dancing group has toured in Las Vegas, China, and Cuba.

Usually, the Follies perform at elderly fundraising galas and have raised millions of dollars for senior citizen groups.

“With all these violent attacks, I’m just really careful,” Nishimoto said. “I don’t think I’ll be walking Stow Lake [in Golden Gate Park] by myself now.”

Hsu added, “Seniors are not just old people on the street, you know? We are powerful and we want to show that and to show it in an entertaining way.”

“With this rap, I want to show the people ‘Don’t be mean to grandma. If it weren’t for grandma, you wouldn’t be here,’” Yee explained.

A GoFundMe page is in operation to fund the group and the production of the rap.

There has been a recent rise in attacks against Asians including a suspect was also arrested for robbing and stabbing an Asian man in San Francisco.