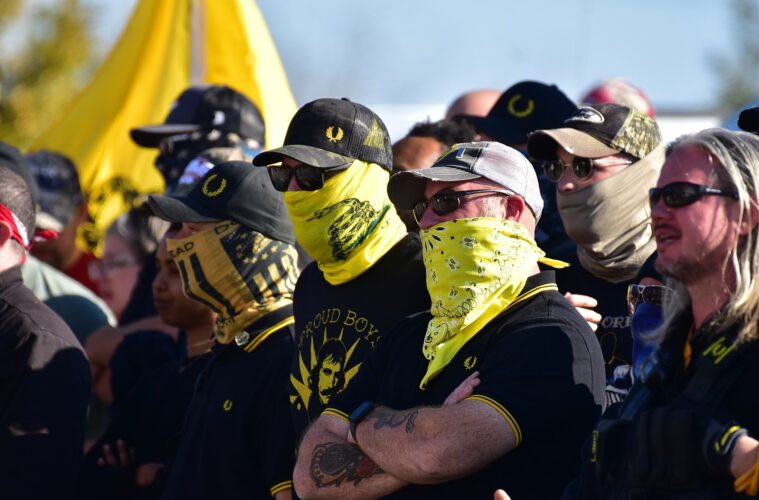 Recent fundraising campaigns for the Proud Boys saw 80% of donations coming from Chinese surnames according to a new investigation.

Data suggested that the group gained “significant support” from the Chinese American community as well as expats in China, Hong Kong and Taiwan.

Rebecca Kwan, who donated $500 to the group, said she was supporting the Proud Boys for “fighting Antifa.”

“And can you see anything good that Antifa did except destroy department stores and small businesses?”

“You have to understand how we feel – we came from communist China and we managed to come here and we appreciate it here so much,” she said.

“This isn’t a surprise for us,” said Kaiser Kuo, host and co-founder of the Sinica Podcast, which discusses current affairs in China.

“Even this recent wave of anti-Asian hate crime … actually only reinforced their beliefs.”

The Proud Boys’ chairman, Enrique Tarrio, thanked the Asian community for its support.

“I am happy that Asians support the ProudBoys because of the continuous hate and the relentless assault they get from BLM supporters,” he said.

“For large parts of the world, there is a context and implication and history to communism and how it has affected several countries,” said Jared Holt, a fellow at the Atlantic Council’s Digital Forensic Research Lab who studies extremism.

“So there are some communities of immigrants and descendants of immigrants for which the Proud Boys’ projection as a group combating communism in the United States resonates favorably.”