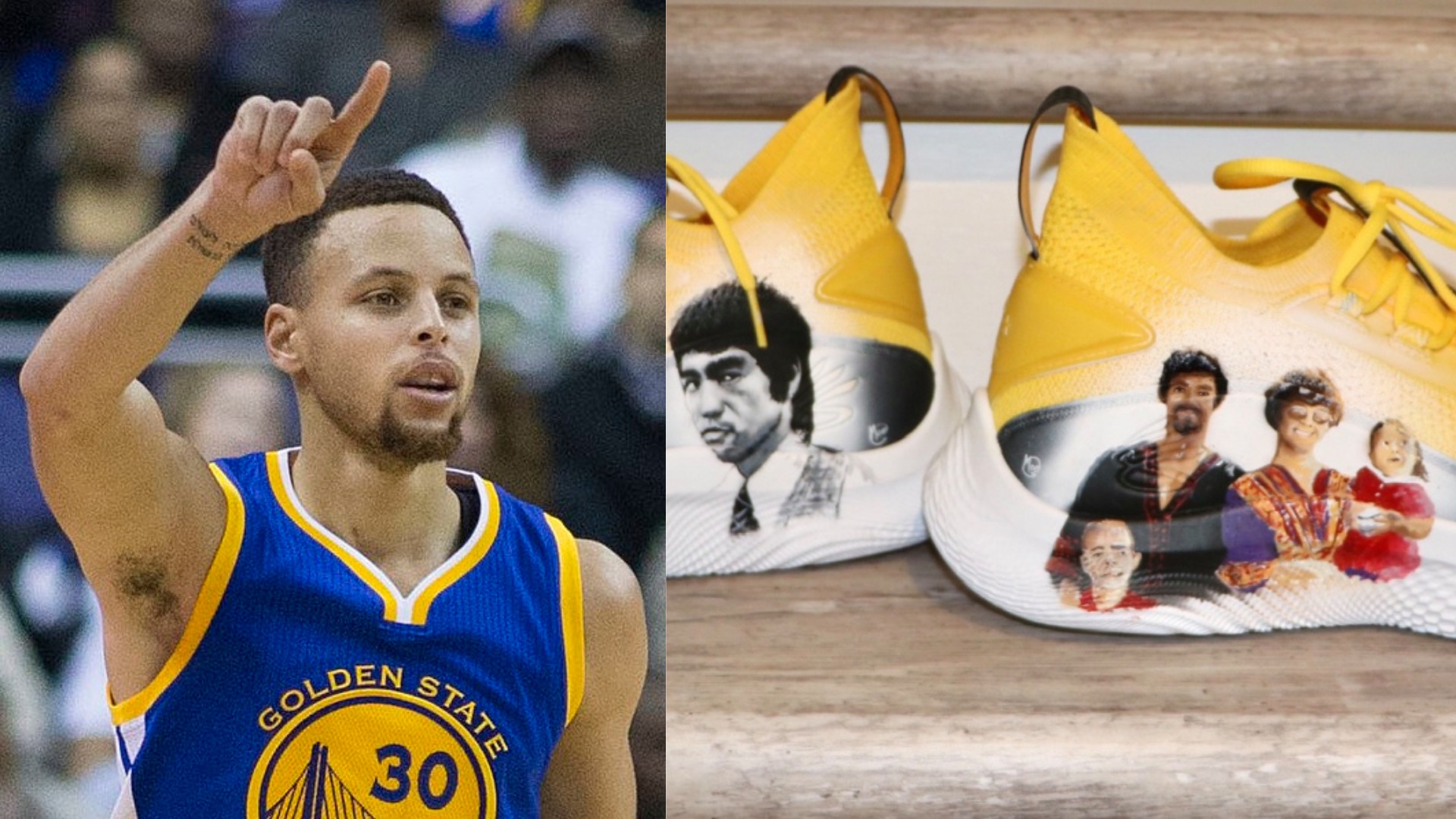 NBA star Steph Curry will auction off a pair of custom-designed Bruce Lee sneakers to raise money for the victims of the Atlanta spa shootings.

Last week, eight women, six of whom were Asian, were shot and killed in the Buckhead neighborhood of northeast Atlanta.

On Sunday, the Golden State Warriors point guard wore the yellow, white and black shoes in his team’s defeat to the Atlanta Hawks.

Designed with the Bruce Lee Foundation, the shoes feature an image of Lee’s face alongside his famous quote, “under the heavens, there is but one family.”

Curry wore the shoes in solidarity with the Asian community, which has suffered from a rise in attacks across America.

“Disgust, horror and outright anger at why any violence keeps happening in our country,” Curry said about the Atlanta shootings.

“After all we have been through this past year, let alone in the history of our country, people still deal with unnecessary tragedy and are afraid for their lives. We have to do better.”

Shannon Lee, the daughter of the martial arts star and chairperson of the Bruce Lee Foundation board of directors, said she was moved by Curry’s actions.

“I think Stephen’s gesture is a beautiful example of allyship and solidarity in action,” said Shannon Lee, chairperson of the Bruce Lee Foundation board of directors.

“I am honored he would choose my father and my family as the symbol for the idea that we are all one family, as my father said, and therefore must all stand for one another.”

Other recent attacks against the Asian American community include a homeless man being arrested for randomly hitting an Asian woman in the face in Philadelphia.