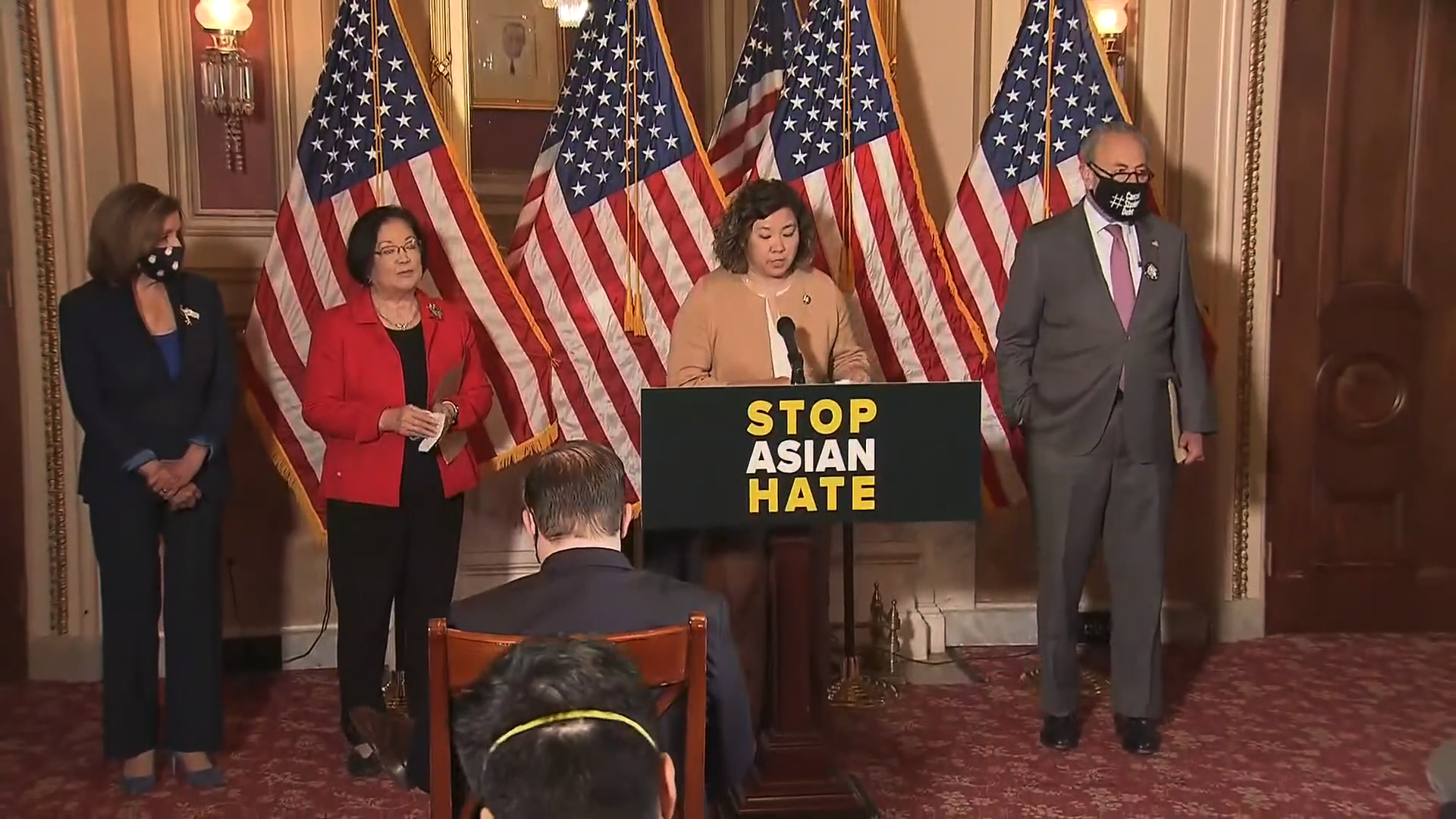 Senators voted overwhelmingly, 92-6 in favour of the bill

The Senate has voted overwhelmingly in favour of advancing a bill on anti-Asian American hate crimes.

In response to the recent surge in attacks against Asian Americans, a bill that would address the issue was proposed by Sen. Mazie Hirono and Rep. Grace Meng.

On Wednesday, senators voted overwhelmingly, 92-6, to proceed the bill. The six who voted against the bill were Republicans, including presidential hopefuls Sens. Tom Cotton, Ted Cruz and Josh Hawley.

“For more than a year, the Asian American community has been fighting two crises — the COVID-19 pandemic and the anti-Asian hate,” Meg said Tuesday at the Capitol.

“Combating hate should not be a partisan issue. It’s about the safety of all Americans,” Meng said.

The White House issued a statement of administrative policy on Wednesday that “strongly supports” the bill’s passage.

“Elected leaders must act to prevent anti-Asian violence and advance inclusion and belonging for all Asian American communities,” it said.

Recent attacks against the country include a racist woman was caught making racist comments on a picture of a 2-year-old Asian girl.

Most recently, An Asian man was body slammed in New York City by a crazed attacker.

STOP ASIAN HATE: Sen. Mazie Hirono speaks out against anti-AAPI violence in the wake of the COVID-19 pandemic, explaining the personal toll it has had on her, and advocates for new hate crimes legislation. pic.twitter.com/2F6lA315q8