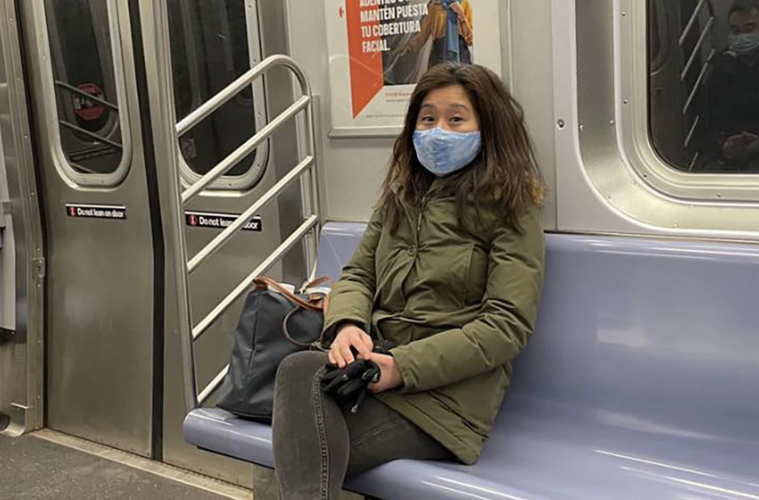 “If I wasn’t prepared for her to push me, I would have fallen all the way down the stairs"

Lee, 42, was at the Oculus subway station on 17 March when she saw the woman staring at her.

“You know she has this mischievous look on her face, and I was just thinking like, ‘Oh gosh, this isn’t good,’” Lee said.

“She pushed me,” Lee added, stating that the woman may have been homeless.

“If I wasn’t prepared for her to push me, I would have fallen all the way down the stairs,” Lee said.

Lee is not sure whether she was a target because of her race or because she was alone.

Homeless man punches, hurls anti-Asian slur at good Samaritan, cops say
“I was holding on to the rail really tightly and I had my other hand in front of my face.”

Lee suffered a sprained ankle but only fell down a few steps. She immediately headed home after the attack.

“I wanted to be someplace safe,” Lee said.

The Lower Manhattan candidate reported the incident to police a few days later, who asked her to look over hundreds of headshots to identify the attacker. Unfortunately, she was unable to pick out her attacker but described her as a black woman.

Also in the city, man was arrested and charged with a hate crime for attacking an Asian American mother who was attending an anti-hate rally in New York City.

Most recently, a 19-year-old Asian hate crime victim was shot in the eye in San Francisco.