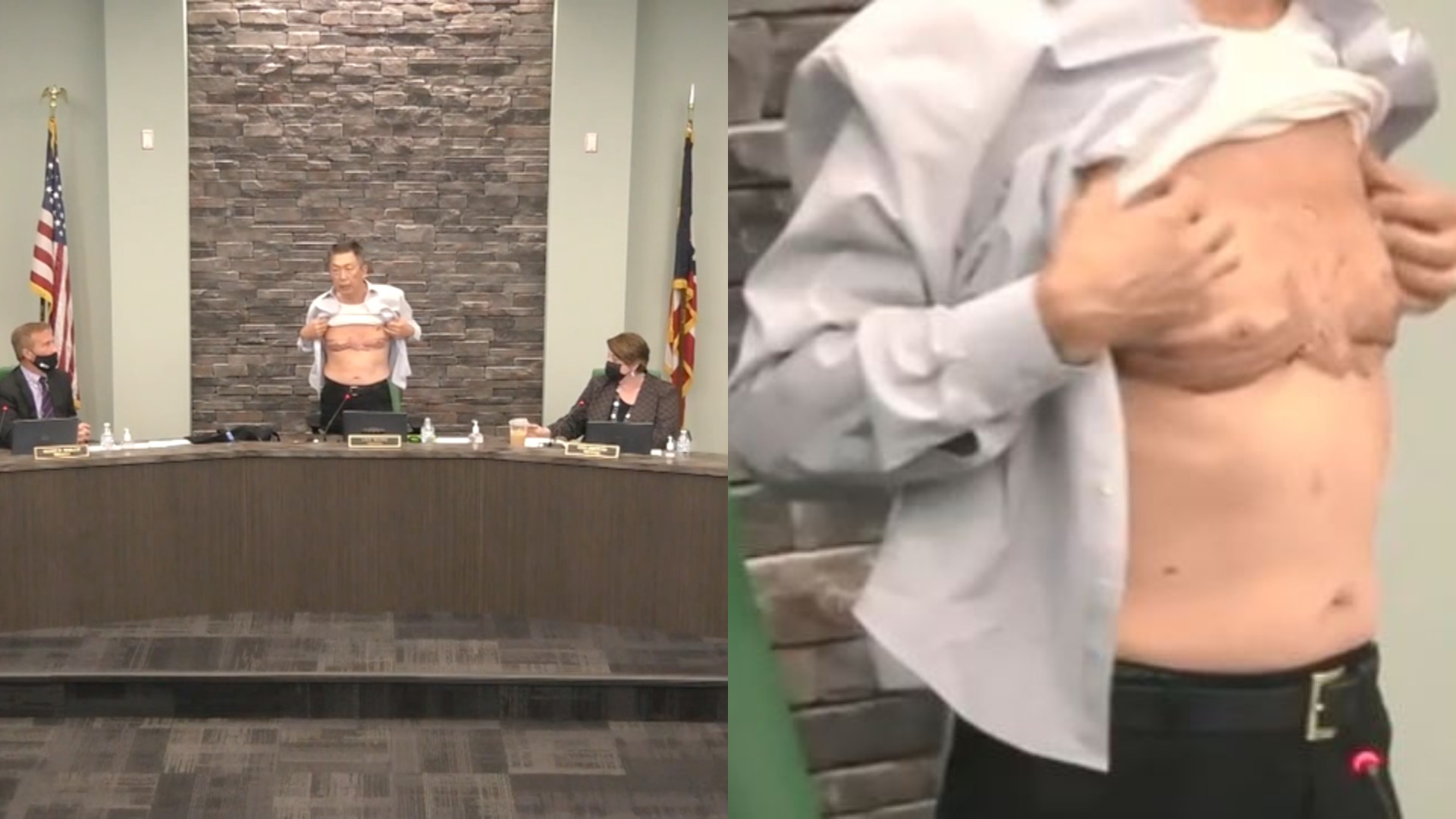 "People question my patriotism, that i don't look American enough, they can't get over this face"

A 69-year-old Asian American army veteran took off his shirt to show his war wounds during an Ohio town hall meeting.

Lee Wong, the Chair of the West Chester Township Board of Trustees, told the town hall how people questioned his patriotism.

“People question my patriotism, that i don’t look American enough, they can’t get over this face,” Lee said.

“I’m 69-years-old and I’m going to show you what patriotism looks like,” Lee said removing his shirt to show his scarred body. “This is sustained from my service in the US military. Now is this patriot enough?”

Lee moved to the USA when was 18-years-old and was attacked by an assailant who was set free.

“When i was a couple of years in the country, in Chicago, I got beat up,” Lee said. “He went to court and never got punished. For too long i have put up a lot of shit in silence. Excuse the language. Too afraid to speak out, fearing more abuse and discrimination.”

“They question my loyalty to this country. I don’t look American enough. Last i read the us constitution, we the people, we are al the same, we are equal. not this you are more superior, you are not.”

A series of attacks against Asians have been reported across the country.

Meanwhile, a 19-year-old Asian hate crime victim was shot in the in San Francisco.