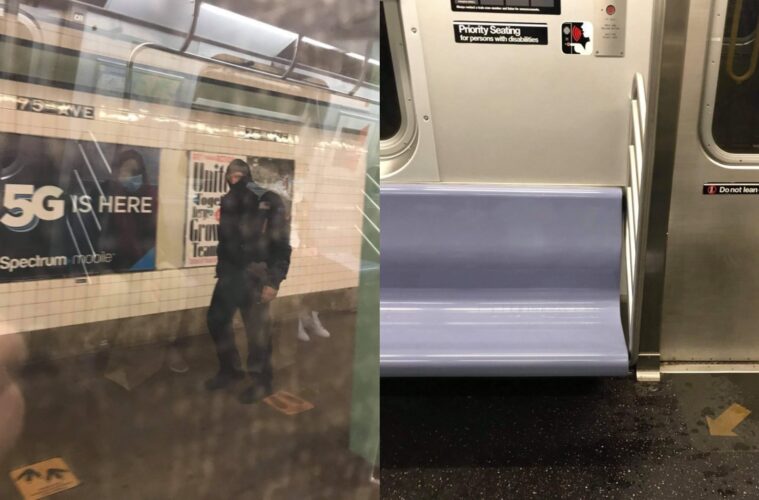 Police are looking for a man who urinated on an Asian American woman on the New York Subway.

Kathy Chen, 25, was on F Train on 20th March when the incident occurred.

Chen recalled how a white man boarded the train, stood really close to her and urinated on her and her belongings.

“While I was sitting down on the F train going towards Queens, a white male walked into the train car I was in,” Chen said.

“He entered from the train car behind and stopped next to me. He started standing really close to me and I began to feel uncomfortable. So I scooted to my right and noticed that his penis was pointed at me and that there was urine on my bag and jacket.”

Chen went on to say that witnesses stood idly by and did nothing.

“We made eye contact but he didn’t say anything. I only said one thing, `Are you serious?!’ As I looked around, none of the bystanders said or did anything. He got off the train at 75th Ave.”

Chen managed to take a photo of the man as he got off the train.

He is described as a white male in his 60’s around 6 feet tall with grey eyebrows, dressed in all black with a black ski mask.

The man also had an American flag patch on the left chest.

“I considered getting off the train and reporting the incident to the police immediately but I was alone and afraid. So I kept riding the train until the last stop. A bystander in front of me took a video and sent it to me. From the bystander’s angle in the video, you can’t tell what the man was doing. He like projected his penis at me.”

Chen has filed a harassment report with the police, who are continuing to search for the suspect.

If you have any information regarding the incident, please contact NYPD Crime Stoppers at 1-800-577-TIPS.

Most recently, a man has been arrested and charged with a hate crime for attacking an Asian American mother who was attending an anti-hate rally in New York City.

In other news, Lauren Chen has said the anti-Asian attacks are “not the fault of white supremacy.”