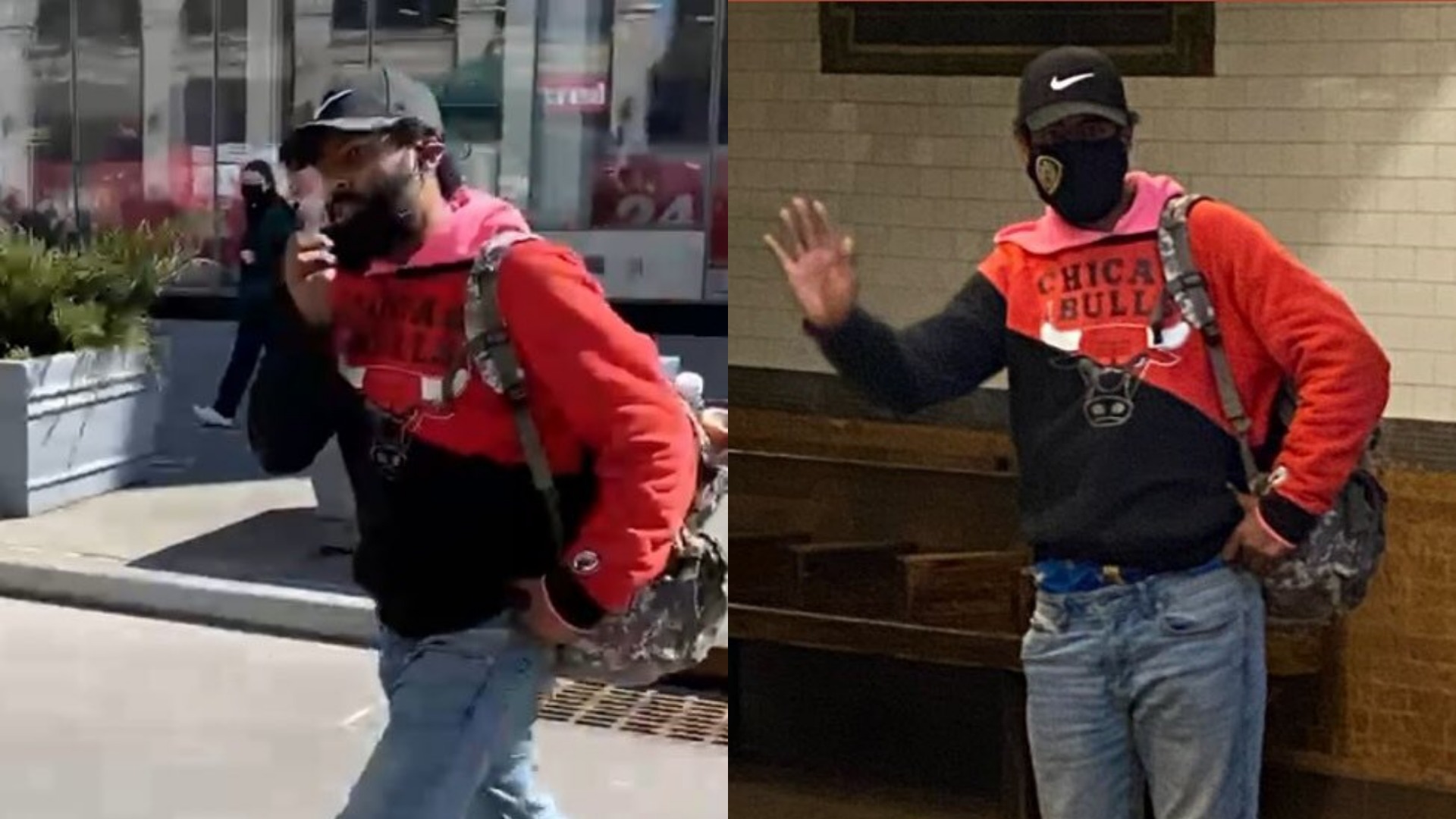 "He also flashed people on the train platform"

A man has been arrested and charged with a hate crime for attacking an Asian American mother who was attending an anti-hate rally in New York City.

On Sunday, a 37-year-old woman was attending an Asian American rally in Union Square with her 7-year-old daughter.

The suspect approached the mother, who wishes to remain anonymous, and asked her for a protest sign.

Thinking the man wanted to participate in the rally, she handed the sign to him but then saw him tear it up and throw it in a trash can.

When she asked the man to stop, he hit her twice in the face.

“He was destroying the sign and trying to put it in the trash can, so I walked forward and towards him saying, ‘What are you doing?'” The mother recalled.

“And he just came in front of me and punched me in the face, and then I think I stopped for a little bit, and then I chased him. And there were some people around as well, and I just wanted to get him and call the police.”

Several good Samaritans chased the man and took photographs of him.

“When you see something like that happening, it is your job to make sure they are seen and being heard,” DeVonn Francis said.

“He also flashed people on the train platform. He dropped his underwear and showed his genitalia to everyone on the platform,” Francis said.

The mother suffered bruises and lacerations on her face, as well as a sprained ankle.

27-year-old Erick Deoliveira was apprehended on Monday for and was charged with a hate crime.

Mayor Bill de Blasio urged the community to speak up about such incidents.

“Just the last few days there were two women attacked, an elderly man attacked simply because of who they are,” de Blasio said.

“This is just something that sickens me and it angers me and we will deal with it aggressively.”

Most recently, an Asian woman was attacked and dragged by a getaway car in San Francisco.

Meanwhile, a 28-year-old Asian mother has died in a fatal shooting in Compton.

In other news, John Oliver has said it was “racist” for President Biden to call the Atlanta shooting “un-American.”