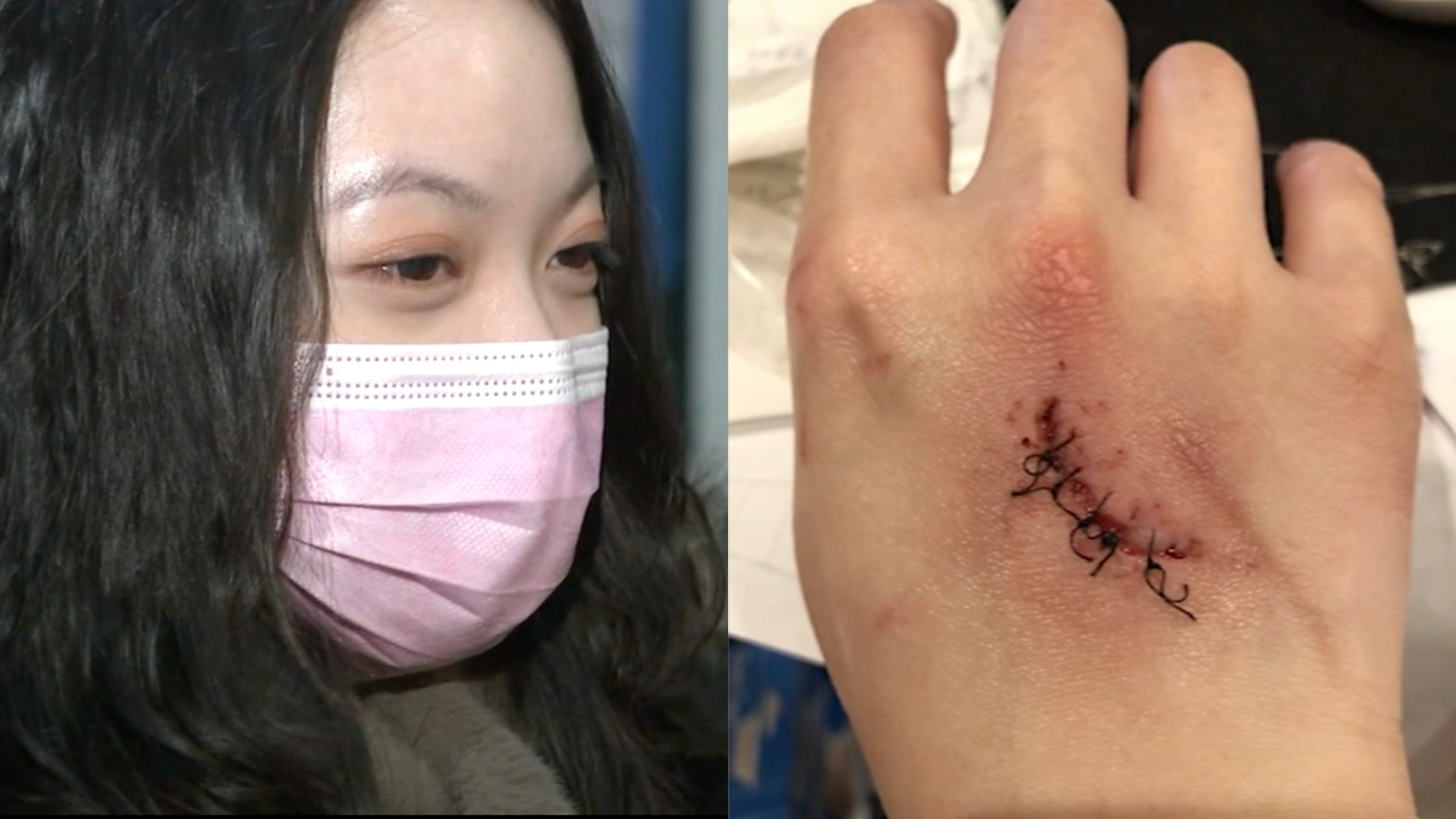 "When I slow down, he slow down. I speed up, he speed up"

An Asian college student was slashed in the hand while she was walking home in Brooklyn.

The 25-year-old, self identified only as Cindy, said her attacker followed her as she was walking in Bedford Stuyvesant, Brooklyn, at 11pm on 28 February.

Her  attacker then choked her and slashed her with his knife.

“And then choke on my neck and saying be quiet — be quiet I got a knife — and I just start screaming,” Cindy said.

As Cindy tried to escape, she ripped off his black mask but was slashed in the process.

“Once I took off his mask — he ran away,” she said. “He didn’t tell me what he wants about money or anything.”

Whilst Cindy feels lucky to have survived the senseless attack, she now fears to walk alone at dark.

“I couldn’t walk in the street at night alone anymore,” Cindy said.

Police are searching for the suspect who is believed to be between his 20s and 30s.

Anyone with information in regards to this incident is asked to call the NYPD’s Crime Stoppers Hotline at 1-800-577-TIPS.

The incident follows a series of attacks on Asian Americans across the country. Most recently, an Asian gas station owner was pepper sprayed by a racist customer in Oakland.

In other news, Eight women have been shot and killed at three massage parlours in Atlanta.