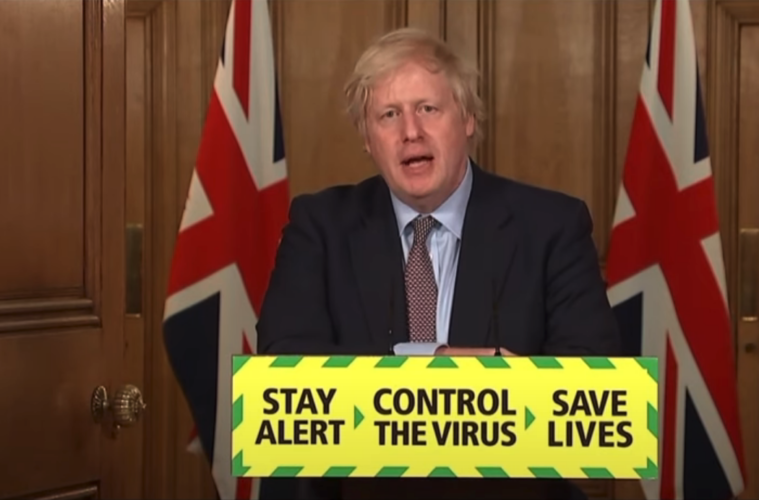 ‘I am a Sinophile’: UK PM Boris Johnson ‘disapproves of anti-Chinese xenophobia’ amid Covid-19 pandemic

"I think China is an incredible country and an extraordinary civilisation"

British Prime Minister Boris Johnson has declared himself to be a “Sinophile” whilst disapproving of racism towards Chinese people amid the Coronavirus pandemic.

In Wednesday’s daily government briefing to the British people, Johnson deterred the public from gathering indoors as a result of the wet weather.

He later went on to discuss discrimination towards Chinese people in the UK, stating that he “deeply disapproved” of it.

“I want to stress one thing,” the Prime Minister said live to the UK. “I am a Sinophile. I think China is an incredible country and an extraordinary civilisation.”

“I deeply disapprove of anti-Chinese xenophobia, attacks on people of Chinese appearance that we’ve seen in recent months,” he added. “We must stamp up such xenophobia.”

The remarks can be heard at the 39:11 mark in the video below.

Last month it was revealed that hate crimes against Chinese people in the UK are rising as a result of Covid-19.

Most recently, a British Chinese restauranteur who operates in London Chinatown has revealed his tyres were slashed in a Coronavirus-racism attack.

In April British Chinese woman documented how she faced a racist incident at a supermarket and a Chinese takeaway was vandalised with “vile” racist graffiti.

The month prior, a Malaysian Chinese doctor who is serving at the frontline during the Coronavirus pandemic revealed how he was the target of racist abuse.

Earlier in the month, a British model publicly shared racist Instagram stories about the Coronavirus.

In London, two girls were caught spewing Coronavirus racism at an Asian couple whilst Southhampton University Chinese students also suffered an attack from a group of teenagers in the same month.

Meanwhile, in a Welsh Greggs, an Asian customer was the victim of racist abuse.

Prior to lockdown, a Vietnamese curator was barred from a London art fair due to Coronavirus “anxiety”.

At the start of March, a Singaporean student was violently beaten up by people who thought he had Coronavirus.

A woman in Birmingham was also violently attacked for defending her British Chinese friend from Coronavirus racism.