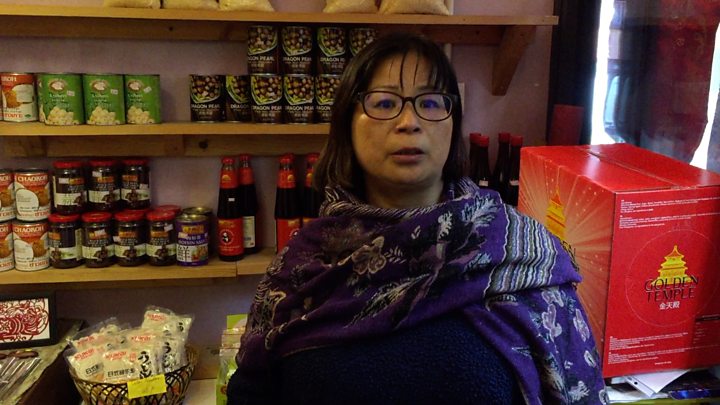 BBC reports that a Chinese woman was asked to leave her market stall due to Coronavirus concerns.

Su Chu Lu, 54, had returned to work at Aberystwyth Market Hall from a holiday in Taiwan.

Upon arriving back the market, where she had worked for 15 years, other stall owners asked her to leave the premises.

“When I arrived at the hall and got to my own stall the man who works opposite mine immediately asked me to leave the building,” said Su. “He stressed that every member of the hall all think I must leave the building otherwise he will contact the council to force me out.”

Other traders supported his view and allegedly had held a meeting in which they decided to not permit Su to return to the market.

However, the BBC adds that other traders at the market said that they were not aware of such a meeting and it was only a “minority” who supported Su’s expulsion.

“I was really upset, it was very emotional and upsetting, and I’m angry,” said Su. “There are so many cases of the virus in the rest of this world, so why did this trader target me? I have no doubt it is because of my nationality, because of my skin colour. That’s what makes me deeply unhappy about this.”

“I think they assume I have gone to China but I didn’t go, and they still didn’t believe me. I don’t know if they believe me now.”

“It’s over 1,000km to Taiwan overseas but the lady [one of those who confronted her] said ‘that’s close too’.:

Su added that she tried to confront those who backed her expulsion but they refused to communicate with her.

“I wanted to go inside to speak to the man [another trader], he locked the door and wouldn’t let me in, but that’s his property, he has the freedom to reject me,” she said.

“The next day traders made comments I should stay home, so I stayed home. And my first day back I came inside to get ready and a man straight away asked me to leave this building and he said ‘you might put everybody at risk’.”

“I said ‘no, you have no right to ask me to leave, I’m not leaving this building unless police or any authority come to force me to’,” she said. “I was really upset it was very emotional and upsetting, and I’m angry.”

Other traders backed Su’s corner, with some putting up posters on their stall saying, “I support Su Chu Lu.”

David Gilbert, a jeweller, said, “I immediately gave Su Chu Lu my continued support. This has been caused by a minority in the market hall.”

Another anonymous trader added, “if she had been to London or France and there had been an outbreak there it would have been the same. It’s not something we’re all involved in, and I don’t think it was handled the best way but [it was] not ever intended to be racial.”

The death toll from the Coronavirus currently stands at 429 with 24,534 confirmed cases globally.