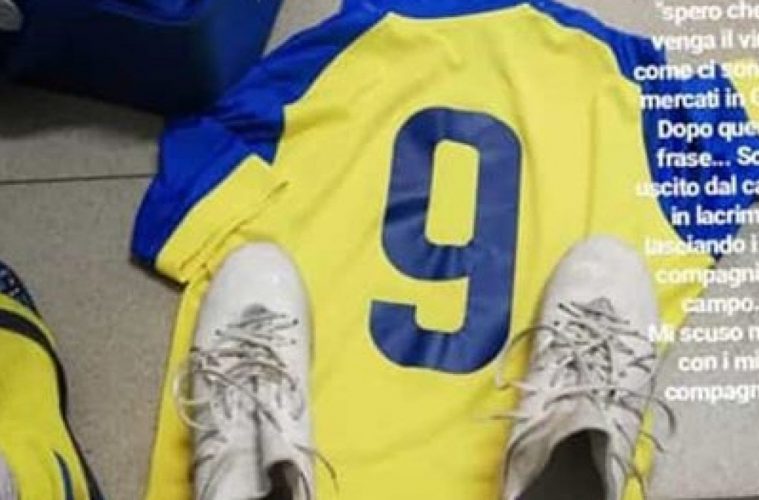 ‘I hope you get the Coronavirus’: Italian racists target 13-year-old Chinese boy

"He was insulted, humiliated just because he was Chinese"

News 1 reports that a 13-year-old Chinese boy was reduced to tears after a group of racists hurled slurs at him about the Coronavirus.

On Saturday, Francesco Lin was due to play football in his local team ASD Cesano Boscone Idrostar – in a province of Milan.

During the second half of the first match of the season, the boy was seen crying. His football team released a statement on Facebook, stating that the reason for the young boy’s distress was due to racism.

“He wasn’t hurt, he wasn’t replaced. He was insulted, humiliated just because he was Chinese, because you don’t know it but today it works like this,” the post reads.

It added that the referee failed to do anything when the incident was reported.

“The worst comes later, when the referee does not take any kind of measures and the coach of the Ausonia team, and not even the managers, call their player,” the post explained. “It goes unnoticed, amid general indifference.”

Lin revealed that the insults were related to the Coronavirus which is becoming a pandemic in China.

“Francesco Lin, the player, denounced him first: “I never happened to receive racial insults. We are in 2020 and there are still those who insult black people, Chinese people. But the thing that I can’t swallow is the fact that they come to tell me: I hope you get the virus as in the markets in China. After this sentence I left in tears, leaving my companions on the field. I apologize very much to my colleagues. ”

“The municipality of Cesano Boscone will be alongside the Idrostar in moving with respect to sports justice and any other initiative we want to undertake. With our Chinese-born footballer our whole country has been offended which is, without any hesitation, a place of integration and brotherhood, also through sport. We repudiate racism and fight racists “. Negri said.

In related news, access to Coronavirus test kits was recently likened to “winning lottery tickets” in Wuhan. Currently the death toll has risen to 81.