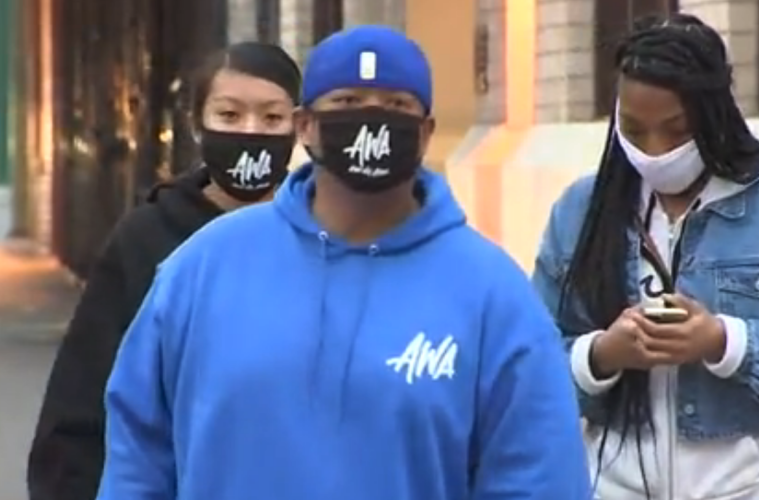 "My grandparents, growing up, collecting cans. I can only imagine something happening to them"

Volunteers are patrolling Oakland Chinatown following the series of attacks on elderly Asians.

The group, named ‘Asians with Attitudes’ comprises of two Bay Area fathers and their children.

On Monday night, the small but determined group patrolled the area and informed local businesses of their effort.

“We’re all in this fight together. Stop all this racism. I’m here for Chinatown, for the people,” said Jimmy Bounphensy, the lead of the patrol.

After seeing the harrowing footage of numerous elderly Asians being senselessly attacked, the group felt it was their duty to do something about it.

“I feel the pain. My mother being robbed on a bus. My auntie being beat and robbed for her necklace,” said Bouphensy’s friend Kelly Means.

In one attack, a 70-year-old grandmother was knocked to the ground and robbed on her way home from the bank in Oakland.

Prior to that attack, a 91-year-old man in Oakland was pushed to the ground by an attacker who was already out on bail.

Most recently, four armed attackers robbed an elderly Asian man who was waiting in line at a bank in San Francisco.

“My grandparents, growing up, collecting cans. I can only imagine something happening to them,” said Bouphensy. “I had to come out here. I can’t sleep.”

Carl Chan, the president of Oakland Chinatown Chamber of Commerce said the community is grateful for the group’s work. “We really appreciate it,” he said.

“Chinatown become a dead city. Everybody afraid of coming out. Thank you guys for supporting us,” Lam said.

In other news, the White House has responded to the spike in attacks on elderly Asians.