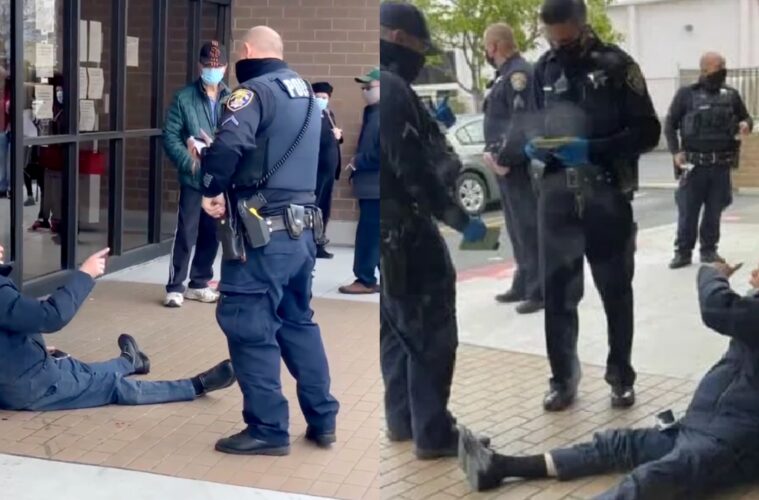 No arrests have been made

Four armed attackers robbed an elderly Asian man who was waiting in line at a bank in San Francisco.

As the man was waiting to “deposit large sums of money”, the four assailants pushed him to the ground according to police. The incident occurred at the Bank of America on Marina Boulevard in San Leandro.

Falling to the ground, the victim suffered minor injuries but was seen holding his leg in a video posted to Twitter.

$15,000 was reportedly stolen from the suspects, but police have not confirmed the number.

Before the police arrived, the suspects took off in a vehicles. Witnesses described the men as being in their 20s; one reportedly had a gun.

No arrests have yet been made but police were pursuing “leads to identify the group,” Khan said.

The incident follows a string of attacks on elderly Asian individuals in San Francisco.

Most recently, a 70-year-old grandmother was knocked to the ground and robbed on her way home from the bank in Oakland.

Additionally, a 91-year-old man in Oakland was pushed to the ground by an attacker who was already out on bail.

Witnesses tell me this older Asian man was making a deposit at the Bank of America along Marina in San Leandro & was attacked & robbed. Workers nearby say around $15K was stolen. pic.twitter.com/uC1ErZaI6G