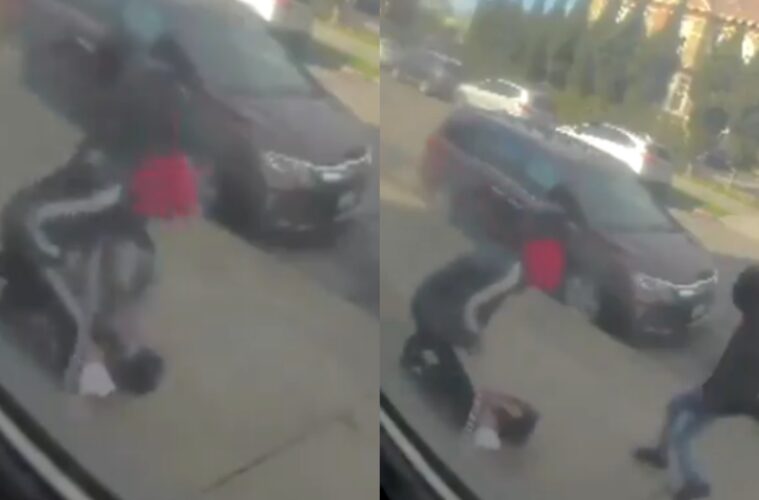 The incident follows a series of attacks on elderly Asian individuals

A 70-year-old grandmother was knocked to the ground and robbed on her way home from the bank in Oakland.

Video footage shows the grandmother walking on the sidewalk as an attacker runs up to her and pushes her over. Another assailant assists in the attack, stealing her handbag.

The incident occurred on 3 February at 11am on 6th Avenue and International Boulevard in Oakland.

According to the victim’s granddaughter, the suspects attempted to take her grandmother’s cell phone and cash from the bank but failed.

Whilst her grandmother was only suffered bruising, she is still shaken by the traumatic experience and is recovering at home. A police report will be filed.

The attack follows a similar incident in Oakland in which a 91-year-old man and two other seniors were attacked in the Chinatown area.

It was recently revealed that the suspect who was arrested for pushing the 91-year-old man in Oakland was already out on bail.

28-year-old Yahya Muslim was charged with assault, battery, elder abuse and a special allegation of offenses while out on bail.

Harrowing video footage shows the elderly man walking by himself when Muslim rushes up to him and pushes him down. As the man falls face first to the ground, his attacker takes off.

The footage sparked outrage online, causing Daniel Dae Kim and Daniel Wu to offer $25,000 for information leading to the arrest of the suspect.

– & : Not again!
⠀
A young woman told me her grandma was robbed while coming home from the bank February 3rd around 11am. 6th Avenue and International Boulevard in Oakland. pic.twitter.com/eqbDPL3jbx