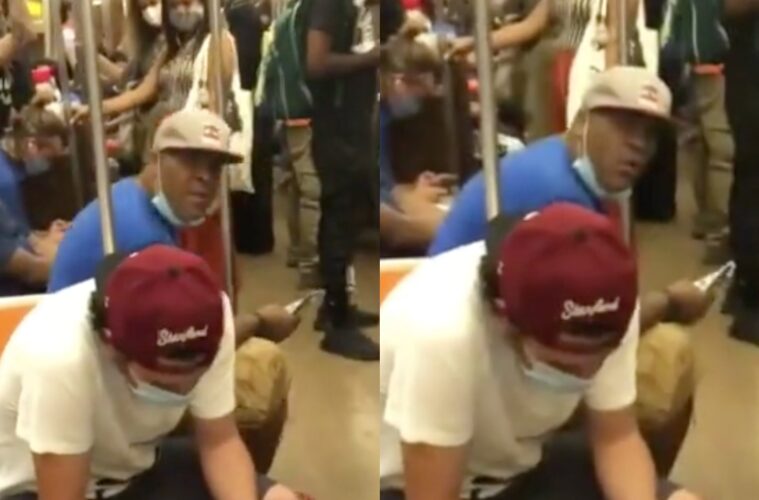 An Asian American woman was harassed by a racist man on a New York City Subway.

The man was engaged in a verbal altercation with another passenger who he threatened to “fucking hurt” after they told him quieten down. PeiJung Lee filmed the incident and uploaded the footage to Twitter.

“The guy in the video went completely out of control and threat to hurt another passenger before he turned to me,” Lee tweeted.

In another tweet, Lee shared footage of the man turning towards her and spewing racist hate at her.

The official New York City’s transit authority account replied to the tweet saying there was “no room for racism on the subway”.

Although Filipino American leaders in California condemned Trump’s use of ‘the term, the president once again used the term before a crowd in Phoenix, sparking the crowd to chant it it.

I took this video last night riding A train from 59th Columbus circle to go home around 5:30pm. The guy in the video went completely out of control and threat to hurt another passenger before he turned to me. pic.twitter.com/emAdPERLm7

Asian Americans continue to face these racial attacks 6 months in since the pandemic began. I was verbally abused by this man. Please bring the awareness to go against racial discrimination and remember, silence is violence. @cnn @NBCNews @ABC @nyc311 @NYCTSubway @HuffPost pic.twitter.com/gVodHiiy60