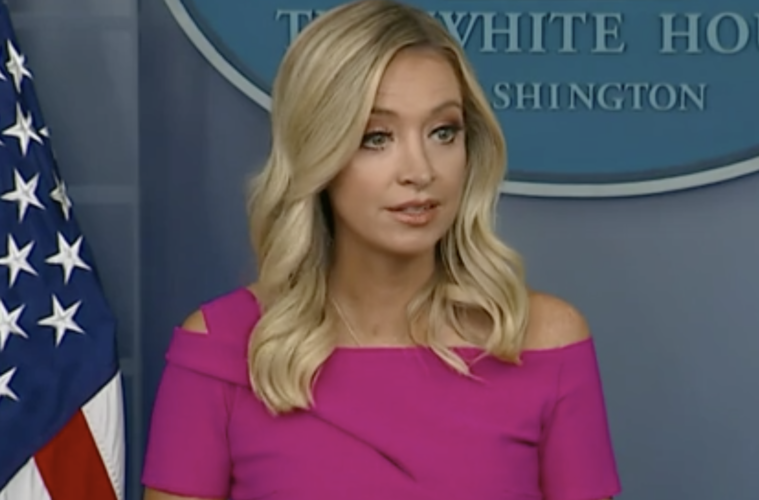 "It's not a discussion about Asian Americans"

Whilst not coined by the President, the phrase was recently used by Trump at a rally over the weekend.

In March, a White House official came under fire for for calling the virus ‘Kung Flu’ to an Asian American reporter.

Most recently, a chocolate company that was featured on Dragon’s Den posted a “racist kung flu virus” joke.

McEnany defended Trump on Monday, stating, “the President does not believe it’s offensive to note that this virus came from China and to stand up for a US military who China is making an active effort to completely defame.”

McEnany was then asked by a reporter why the President “declared himself the least racist person anywhere in the world” but uses “racist phrases like kung flu?”

Another reporter then asked, “is that what he’s doing by using the racist phrase ‘kung flu’?”

“He’s linking it to its place of origin,” the Press Secretary replied.

“What does he have to say to Asian Americans who are deeply offended and worried that his use will lead to further attacks of discrimination?” A reporter questioned.

“So the president has said very clearly it’s important that we totally protect our Asian community in the US and all around the world,” McEnany replied.

“They’re amazing people and the spreading of the virus is not their fault in any way shape or form. They’re working closely with us to get rid of it we will prevail
together.

“It’s very important so it’s not a discussion about Asian Americans who the president values and prizes as citizens of this great country it is an indictment of China for letting this virus get here.”