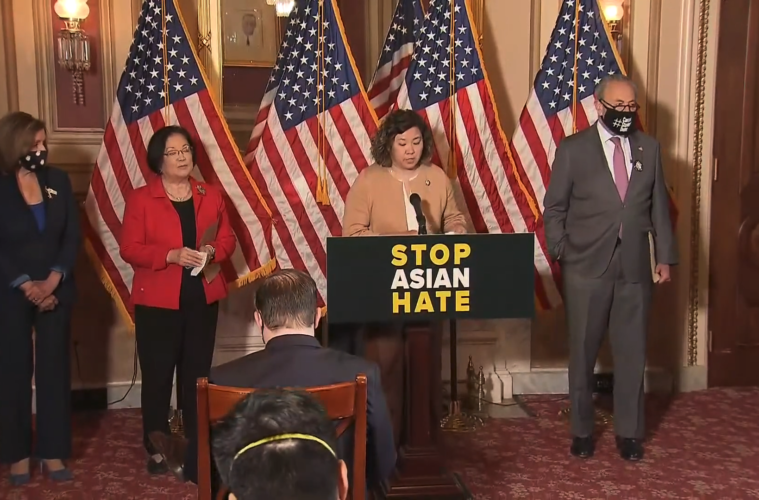 US Senate overwhelmingly passes anti-Asian hate bill, one Republican votes against it

On Thursday, the Senate voted in favour of establishing a new Justice Department position to expedite the review of hate crimes against Asians and to provide support for local law enforcement to respond to anti-Asian violence.

In response to the recent surge in attacks against Asian Americans, a bill that would address the issue was proposed by Sen. Mazie Hirono and Rep. Grace Meng.

Last week, the Senate voted in favour of advancing the bill 92-6. All six who voted against it were Republicans including presidential hopefuls Sens. Tom Cotton, Ted Cruz and Josh Hawley.

Yesterday, the Senate once again voted in favour of the bill 94-1, with Republican Senator Josh Hawley of Missouri being the only senator to vote against it. Two Democratic senators and three Republicans did not vote.

The bill will now head to the House of Representatives, where it is expected to pass with wide bipartisan support.

Hirono praised the bipartisan vote, saying it sends “a powerful message of solidarity to our AAPI (Asian American and Pacific Islander) community.”

“Now, I urge the House to swiftly pass this legislation so President Biden can sign it into law,” Hirono wrote on Twitter.

Elsewhere, a firefighter who attacked an Asian American man claims he was drugged before the attack.

Most recently, a cup of urine with racist anti-Chinese messages was left on a Japanese American woman’s car in California.

This historic, bipartisan vote on the COVID-19 Hate Crimes Act is a powerful message of solidarity to our AAPI community. Now, I urge the House to swiftly pass this legislation so President Biden can sign it into law. pic.twitter.com/gaoLgnwgO9