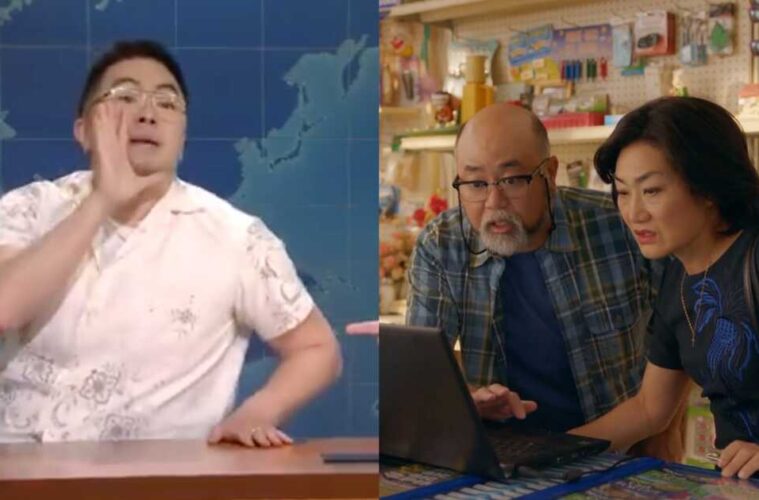 The comedian had addressed the recent rise in anti-Asian violence

Comedian Bowen Yang has given a shout-out to “save Kim’s Convenience” during his appearance on Saturday Night Live.

Yang had joined Colin Jost for a segment on Weekend Update and addressed the recent rise in anti-Asian violence.

“Things for Asians in this country have been really bleak for the past two weeks,” Yang said. “And all the weeks before that since forever. But there’s a lot of work to do.”

“What can I say to help how insanely bad things are?” he continued. “If someone’s personality is “Punch an Asian Grandma,” it’s not a dialogue. I have an Asian grandma, you want to punch her. There ain’t no common ground.”

There has been a recent rise in anti-Asian violence across the country.

Meanwhile, a 19-year-old Asian hate crime victim was shot in the in San Francisco.

“Look, I can’t address any of this without bringing up class or gender or imperialism. I don’t even want to be doing this Update piece. I wanted to do my character, gay Passover bunny,” he continued. “But it was too smart for this show.”

“I’m just a comedian. I don’t have the answers. But I’m not just looking for them online, I’m looking around me,”

Yang also cited Xiao Zhen Xie, who hospitalised her attacker and later donated all the funds raised on her behalf to combat racism.

“[The campaign] raised $900,000, which she immediately gave back to the community,” Yang said. “That’s where we are as Asians. Now come meet us there.”

“I don’t know what’s helpful to say to everyone, but that’s what I say to myself. Fuel up. Do more,” Yang said.

“It’s the year of the metal ox, which basically means a car. So everyone, get in, buckle up, it’s no pee breaks, we ride at dawn, grandma!”

As his segment closed and the audience began applauding, Yang mouthed “Save Kim’s Convenience!”

The hit Canadian sitcom was abruptly cancelled by its writers despite being renewed for a sixth season.

In other news, Korean American actress Kat Ahn has called out The Office for its portrayal of Asian women.