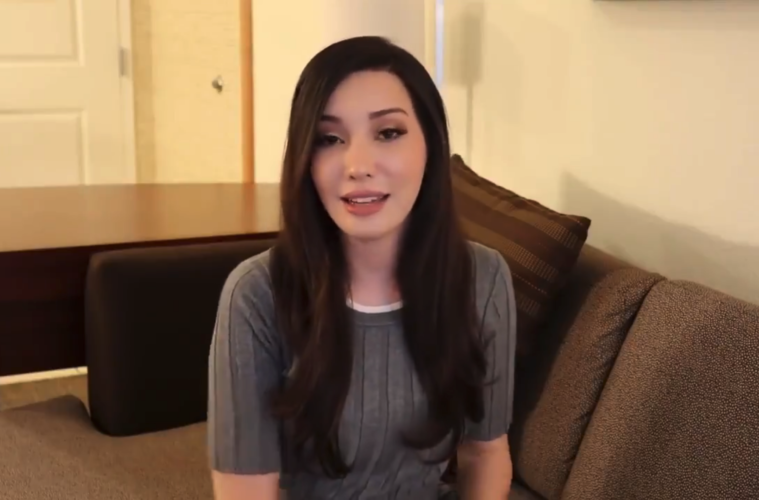 Lauren Chen has said that the uptick in anti-Asian attacks are “not the fault of white supremacy”.

In her latest video uploaded to her YouTube channel, the right wing host first explained how she feels qualified to talk about the issue due to her ethnicity.

“I am half Chinese and in addition to being Asian racially, I am also Asian culturally,” she said. “Until I was a pre-teen, I lived in Hong Kong, where my dad is from.”

“The left nowadays has this whole idea that you cannot comment about an issue that affects a community unless you yourself are part of that community,” she continued, “Now I personally think that’s BS and that anyone should be able to talk about whatever they want.”

“But still considering all of my Asian qualifications I would like to see them try to dismiss me here,” she said before discussing her views on the recent anti-Asian attacks.

“There’s recently been a huge uptick in assaults against Asian Americans and despite what the left may try to tell you, this is not the fault of white supremacy,” Chen declared.

“Most of the attackers in these cases have actually been black. Trying to blame white people for black people attacking Asian people is a level of mental gymnastics that honestly is only possible in 2021 because it seems like society has collectively lost their minds.”

She then criticised the #StopAsianHate campaign and said the left is instead enabling discrimination towards Asians.

“What’s also frustrating about the whole hashtag stop Asian hate campaign is that I have been speaking out against Anti-Asian discrimination for years but until it was politically convenient, it seems like not only did the left ignore this discrimination they were actually enabling it.”

Chen cited affirmative action as a form of anti-Asian discrimination.

“I am talking about affirmative action policies that blatantly and systemically discriminate against Asians in north America and in Europe. If you are asian it’s actually harder to get into elite schools because Asians on average tend to do very well scholastically and academically. To prevent schools from being too Asian, school admissions boards have actually made it harder to get into these schools if you are Asian.”

Chen stated that a black student “would be way more likely to get into the same school” if they had the same grades as an Asian student.

Later in her video, Chen took another swing at black families, citing the “rampant” levels of single motherhood in the black community, which she claims is “why black people are disproportionately hit by poverty.”

A series attacks on Asian have been reported across the country.

Most recently, a man has been arrested and charged with a hate crime for attacking an Asian American mother who was attending an anti-hate rally in New York City.