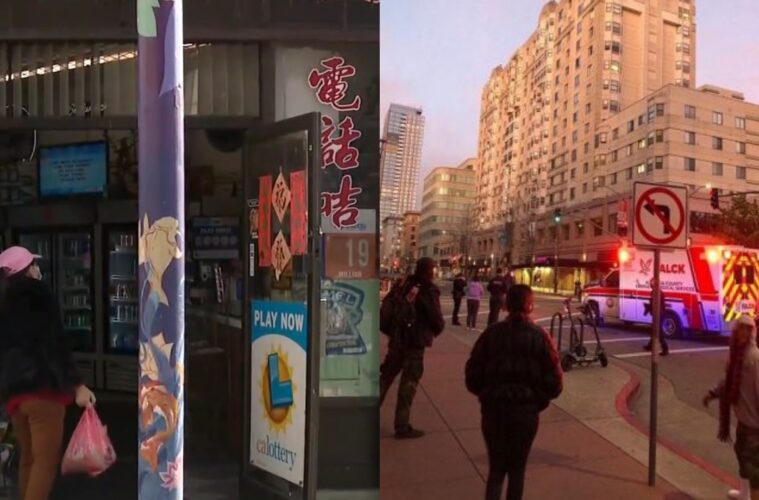 A store owner in Oakland’s Chinatown has been arrested for using a gun on a robber.

On Monday evening, the liquor store owner saw a woman being robbed of her camera. As the woman was knocked to the ground, the store owner ran out with his gun.

Shouting at the assailant to stop, the owner fired four shots. By the time the police arrived, the suspect had fled. The police then arrested the shop owner.

“Because with one person being robbed, that can have a negative impact on someone watching that,” said Oakland Police Capt. Bobby Hookfin.

“Even though they’re not the victim, they’re kind of in a concentric circle of a victim, because they see someone being victimized. So that can resonate as well.”

The incident follows a string of attacks in the area that were mainly targeting elderly Asian individuals.

Most recently, an Asian woman had her car stolen after being attacked on Chinese New Year in Oakland.

Other attacks include a 70-year-old grandmother who was knocked to the ground and robbed on her way home from the bank.

Head of the Chinatown Chamber of Commerce Carl Chan said he is extremely concerned about the arrest.

“When I talk to the entire community they feel sad that someone is trying to help others and ends up to be the one arrested or being in custody,” said Carl Chan.

“So, I think many of the people feel strongly that we should be supporting the store owner. I am so worried because I heard the news that many people are trying to find ways to protect themselves,” Chan explained.

“And we do not believe that violence against violence is the way to go.”

“Our message really is that we don’t want to see our business owners or others begin to arm themselves,” said Armstrong.

“We would really prefer them to be good witnesses and give us the observations that they have; share that information, call law enforcement immediately and let OPD respond and follow up. What we really don’t want to do is bring any additional issues that threaten safety into the equation.”

“Particularly, we don’t want people to fire weapons into our community. When weapons are fired in our community, there could be unintended victims; people who are hit by gunfire. And we want to avoid that as much as we can.”

Anyone with more information on the incident is asked to call the Police Department’s Robbery Section at (510) 238-3951.

To combat the violence, a volunteer group called ‘Asians With Attitude’ are patrolling Oakland Chinatown.