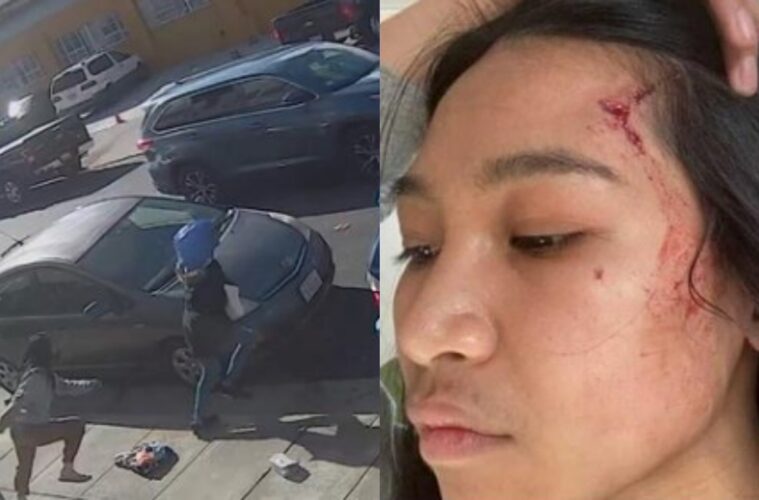 An Asian woman had her car stolen after being attacked on Chinese New Year in Oakland.

Ari Daoheuang was returning from work when four people approached and attacked her.

Hitting her with a pistol, the attackers stole Daoheuang’s car keys and drove off in her car.

“The street was full, there were cars everywhere there were two businesses that were open,” Daoheuang said.

Witnesses in the vicinity caught the incident on video.

“A few people would have opened their windows and said, ‘We see you! We’re recording!’ Pull out your phones or something, there were so many ways people could have made me feel like I wasn’t alone.”

Daoheuang’s 2015 Toyota Corolla S with plates 7LYN600 is still missing. She worked three jobs to pay for her car.

A GoFundMe page to raise money for a replacement car has been set up for her.

The incident follows a wave of attacks on Asian individuals in Oakland.

In one Oakland attack, a 70-year-old grandmother was knocked to the ground and robbed on her way home from the bank.

To combat the violence, a volunteer group called ‘Asians With Attitude’ are patrolling Oakland Chinatown.