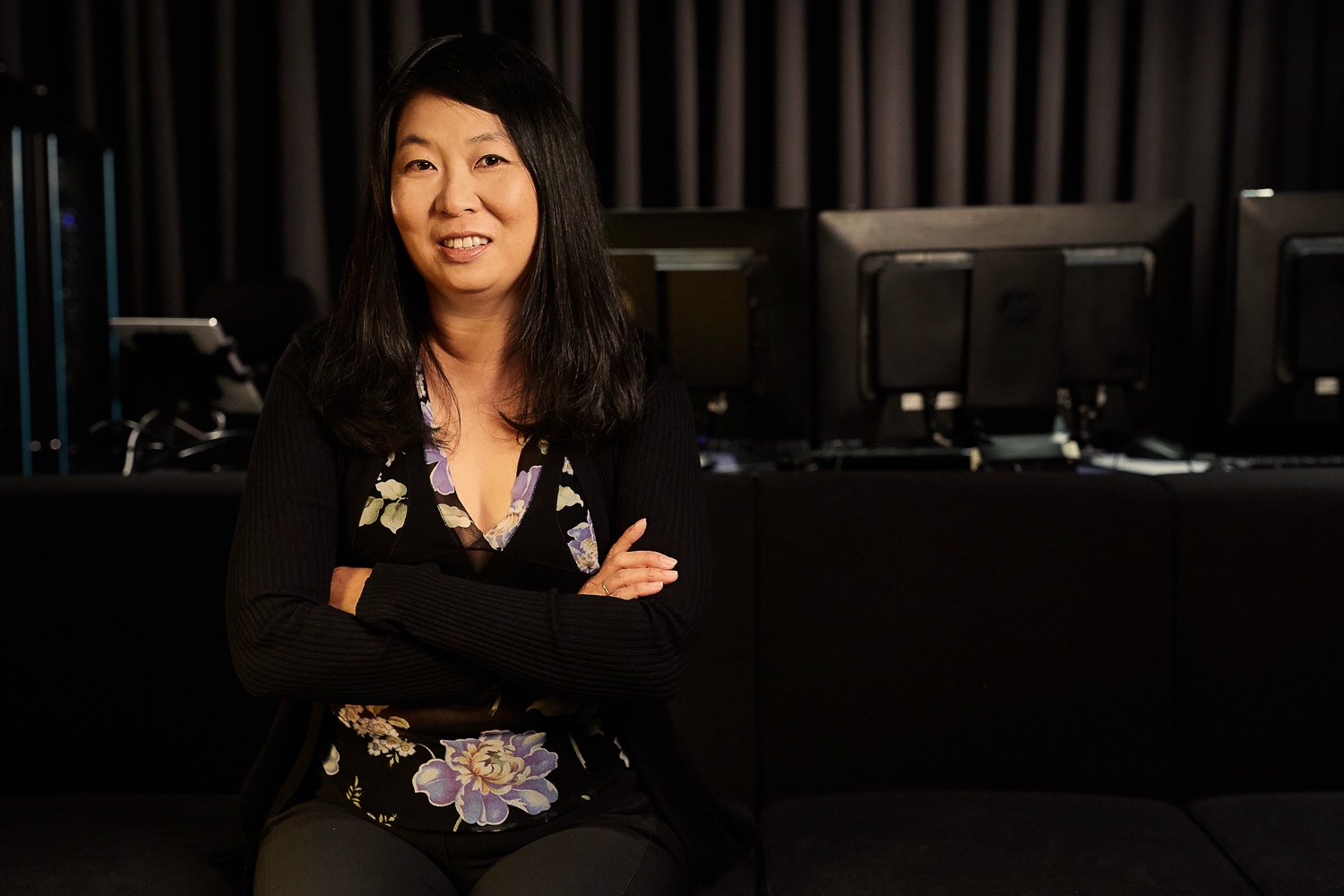 Netflix producer Peilin Chou's most recent film is 'Over the Moon', which tells the story of a girl who builds a rocket ship to the moon to prove the existence of legendary Moon Goddess Chang'e

INTERVIEW: Peilin Chou’s ‘Over the Moon’ shows the impossible is possible

From growing up in Northern California’s Walnut Creek to finding her calling in Los Angeles, Peilin Chou’s roots in the entertainment industry run deep.

In September, Peilin Chou came onboard to Netflix after serving as Pearl Studio’s chief creative officer, but her credits also include being a leader at Lifefilm Entertainment, AZN Television, Spike TV, Nickelodeon and Walt Disney Animation Studios.

Chou’s most recent project with Pearl Studios is Over the Moon, a co-production with Netflix that she produced. It follows 2019’s Abominable, which broke box office records when it was released.

This latest animated film is a new adventure, telling the story of a girl who builds a rocket ship and sends it to the moon to prove that the legendary Moon Goddess Chang’e is real.

Queue up Over the Moon on Netflix now.

Sara Hayden: In a Commercial Theater Institute interview, you said that working in film, TV or theater wasn’t something you thought you could do as a career. What gave you those signals? What was the moment you realized you could?

Peilin Chou: I always loved film and television, even as a child. I had a really strong interest. I remember our family took a vacation to LA and my sister was so excited about going to Disneyland, and all I wanted to do was the NBC studio tour.

I didn’t know anyone that worked in the entertainment industry or did it for a living. I didn’t know it was a job really that one could do. It seemed so super fun — and how could that be a job?

I kind of lucked into how I fell into it. I went to UCLA. When I was there I was a communications major.  Part of the program was doing internships in areas you might be interested in working in. By virtue of being in Los Angeles I was able to do a lot of internships in the entertainment industry.

I didn’t know anyone that worked in the entertainment industry or did it for a living…It seemed so super fun — and how could that be a job?

I worked at CNN News. I worked at a PR agency for a little while. I kind of knocked around in more peripheral things for a while, and then I landed an internship at Warner Brothers at a show called Life Goes On.

I saw how meaningful for the people who made the show, and also the hoards and hoards of fan mail that came in of people saying this show was changing their lives and how meaningful it was. They said their child had Down Syndrome, or their brother was HIV positive, and (this show) was really humanizing these people, and thank you for sharing those stories.

I was hooked. I thought, “Oh my god. This is amazing that this could be so meaningful to people.” It felt like we were changing the world.

It made a big difference being in an environment with all these people on that show where those were their jobs. You can make a living do this. That was really eye opening for me. That was the beginning.

I was hooked. I thought, “Oh my god. This is amazing that this could be so meaningful to people.” It felt like we were changing the world.

SH: What set you on the path to Pearl Studio, or Oriental DreamWorks at the time?

PC: Pearl Studio is like a dream job for me. I’ve had a passion for telling Asian and Asian American stories for a lot of my career.

I was fortunate the first job I got out of college was at Disney. I transitioned to Disney Animations because they were developing Mulan at the time. Prior to Abominable, that was the only Chinese family represented in a global animated film. It was an amazing opportunity to be able to be a part of that.

From there, I worked at many different places in film and theater, not always at places that were interested in telling Asian stories, but I pitched them any way with varying degrees of success.

I worked at AZN Television. That had a short-lived existence, less than a year, before the parent company Comcast decided not to fund it.

When I heard about this opportunity at Pearl, I thought it was amazing. Here was a place where I wasn’t going to have to be convincing people of the value of telling Asian and Asian American stories. This was a company whose agenda was to do that.

I’ve worked on many projects, some that weren’t Asian-focused. But the ones that were felt the most personal and meaningful to me.

… Tying back to the narrative of why I started doing this to begin with and what was attractive to me about Abominable, it has really been such an amazing fulfillment of what my personal goal and mission was, which was to be impactful and change lives.

Within the Asian community, particularly women have been so deeply moved and inspired to see themselves on screen and their stories on screen, and to feel represented and excited that something that wasn’t there necessarily when they were growing up is now in the world, and is something they can share with their children. That’s really been the most gratifying part of the whole experience. I made it for my 10-year-old self.

…It has really been such an amazing fulfillment of what my personal goal and mission was, which was to be impactful and change lives.

PC: It is a wonderful story of a little girl that decides to build a rocket to go to the moon to meet the legendary Chang’e — she’s very famous, the Moon Goddess in China … Every child grows up knowing her story.

We took that as a springboard of inspiration to create a modern-day fairytale about a modern-day little girl in China. The film’s directed by Glen Keane, who’s a legendary Disney animator who created Ariel, Aladdin, the Beast, Pocahontas, Rapunzel. It’s ridiculous. He brings his amazing experience and gift for storytelling to this film. I think it’s going to be really, really special. 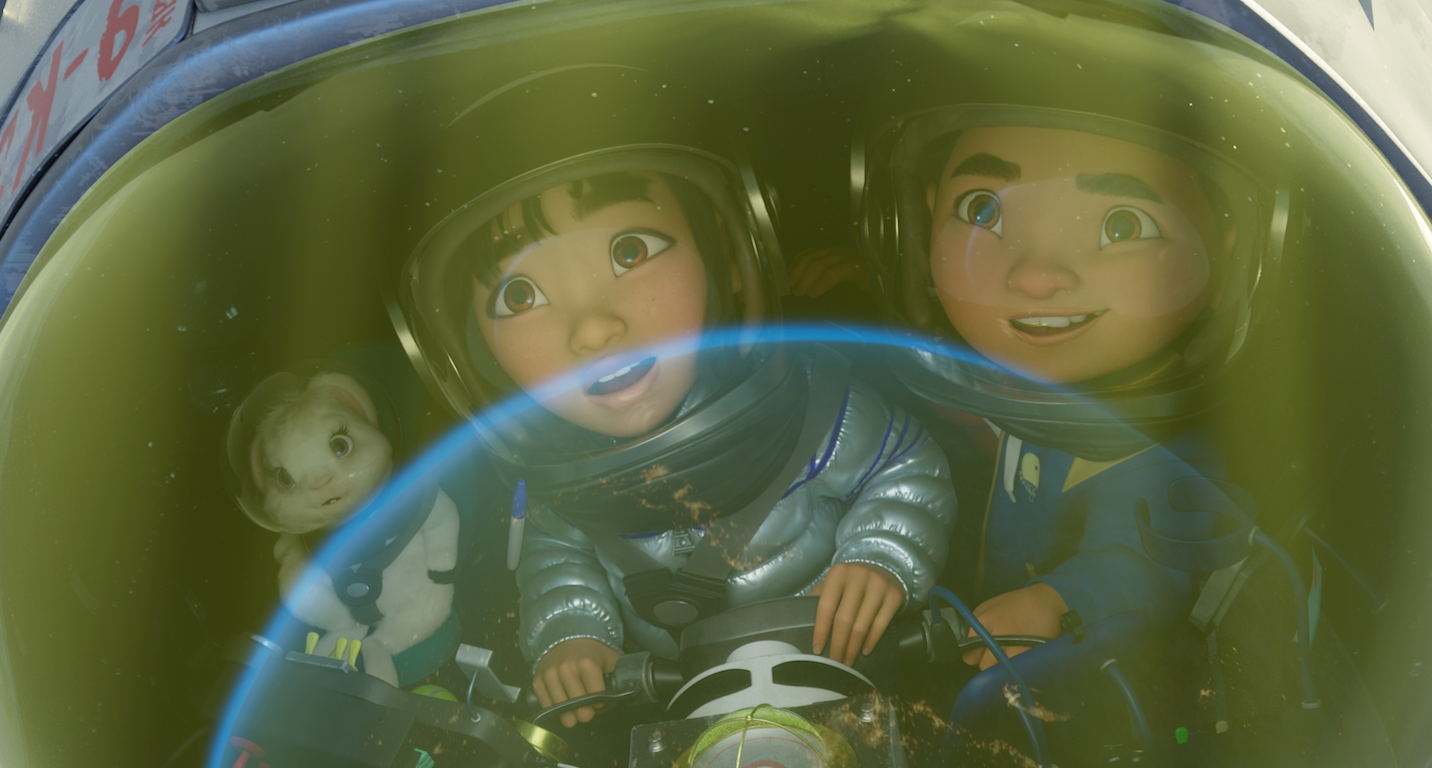 Fei Fei (Kathy Ang) pilots a rocket ship with Bungee (Edie Ichioka) and Chin (Robert G. Chiu) by her side in 2020’s musical adventure “Over the Moon,” produced by Peilin Chou. The Netflix co-production was released in October.

SH: What does it mean to you to be able to bring Over the Moon to audiences, the Asian community, women? What drew you to this story?

PC: It means so much! The myth of Chang’e is very personal to me.  I grew up with the myth and celebrating the holiday — every year my family would celebrate by sitting out on our front lawn, eating mooncakes, and gazing up at the full moon.

Even though in China Chang’e is more famous than Santa Claus, growing up in the U.S., it was not something anyone else I went to school with had ever heard of.  The opportunity to share this story with the whole world is really exciting and moving to me.

I also love that our protagonist Fei Fei is a strong Chinese girl who loves science and goes for her dreams. I hope that she serves as an aspirational role model to little girls everywhere, and helps them to grow up believing that the impossible is possible!

Read more about Over the Moon with points of view from producer Peilin Chou and actor John Cho.