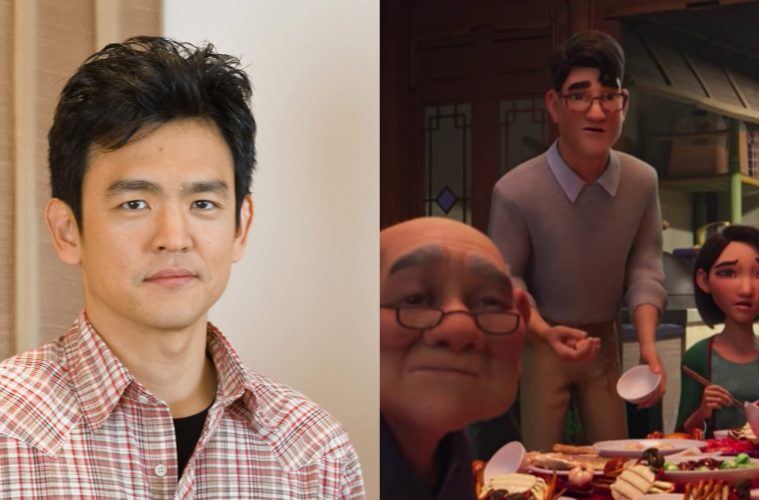 "To me that’s what differentiates it. That’s what gives it its heart"

In an ET Canada interview, John Cho discussed his latest film Over The Moon.

The upcoming Netflix film is heralded as a “milestone for Asian Americans on screen.”

Cho, who plays Fei Fei’s father said of the film, “it’s hard to find things that don’t represent Asian culture, especially family dynamics, as something that’s not oppressive or is attached to shame or all filial piety or doing things that you don’t want to do.”

“This story is about an Asian family that is rooted in love. And that to me that’s what differentiates it. That’s what gives it its heart. And I love that about this film.”

The Searching star also praised director Glen Keane, stating that his favourite thing about working on the film was “working with Glen.”

“And it ties into what I loved about watching the film. And the moment we’re in right now, Glen is a very empathic person and it was very unique in animation for me to work with someone who,” Cho said.

“There are the limitations, you’re in a booth and stuff and unlike face-to-face acting, you don’t have your partner in front of you. And Glen was my connection to the other character’s humanity at all times.”

“And he’s an extremely empathic person, and the film is so unique at this time right now when I just feel like as a planet, we’re struggling with our capacity for empathy and understanding each other as human beings. And to have that connection to this character who was experiencing grief, this little girl who was experiencing the greatest grief you could possibly imagine, for me that’s the experience of watching this movie and having participated in a small way. It was an exercise in understanding our common humanity.”

Over The Moon will feature on Netflix in the fall.