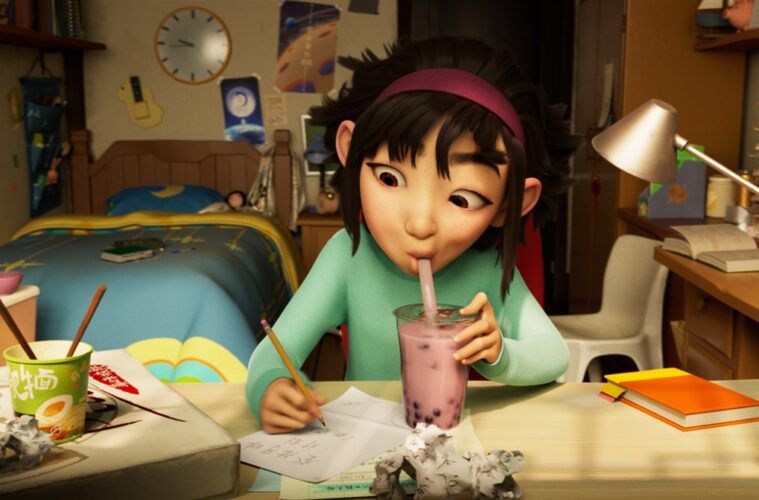 Over The Moon producer Peilin Chou has spoken out about why the film needed to only cast Asians.

The Netflix movie, which releases on 23 October, features some of the biggest names in Asian American film. Sandra Oh, Ken Jeong, Margaret Cho, John Cho, Kimiko Glenn, and Phillipa Soo are just a few of the endless list of Asian names involved in the film.

Over The Moon is inspired by the Mid-Autumn Festival legend and follows the story of Fei Fei (Cathy Ang) who builds a rocket ship to meet the mythical moon goddess.

Speaking to NBC, Chou said the animated movie heavily focuses on the importance of family, reflecting on Asian culture.

“So much of the movie centers around the love of this family, and also, kind of how Fei Fei becomes closed off after loss and needs to figure out how to open her heart again and connect with that love,” Chou said.

“So it was super important that what it was she was trying to connect with felt really real.”

“The grandmother is concerned with if she [Fei Fei] is eating enough and there’s a bit of criticism there,” Chou said with a laugh. “That kind of that familial type of love.”

Chou then went on to highlight how the actors reflect the characters despite the audience not being able to see them.

“Even though you’re not seeing these actors on screen, these actors are embodying the soul of these characters and who they are,” Chou said.

“Philippa Soo, who is half Chinese and plays Chang’e, she talks a lot about, for example, when she embodies the role, how much it was influenced by growing up knowing the myth. … Culturally, growing up in that kind of family just really informed what she brought to the role.”

For Chou, the connection between actor and character is the reason why Over The Moon features an all-Asian cast.

“It’s not the same if you’re a white person from Cleveland, Ohio, and you are supposed to play a Chinese moon goddess. I don’t know how you connect with that in anywhere near the same way,” she said.