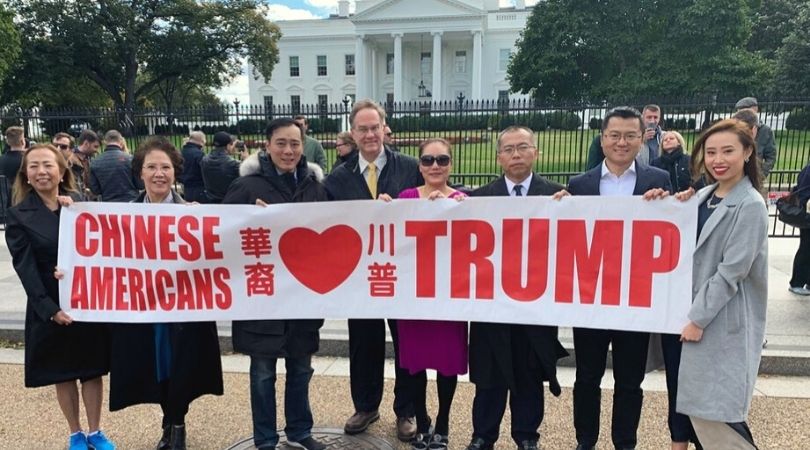 "It's no surprise that the Biden team cheated"

Despite the election being held over two weeks ago, the battle for who will be America’s next president is still in the air for some.

President Trump has repeatedly demanded for a recount after calls of election fraud. Whilst the Joe Biden camp has accepted the anticipated result of 306 votes in the Democrats favour to 232, many Republicans are far from satisfied.

WeChat users are using a phenomenon known as “jie long” that copies and edits the pervious person’s message to include their own name and donation before reposting it in the group.

Asian American support for Trump was shown prior to the election, and exit polls suggest that he gained 5% more votes with the demographic in 2020 than he did in 2016.

Meanwhile, a smaller percentage of Asian Americans voted for Biden compared to Hilary Clinton in 2016.

“To be swollen in darkness or conquer the darkness, [that is the question]. It’s no surprise that the Biden team cheated,” one message said.

“The real battle has just begun, President Trump is far from losing.”

The GOP has been sending emails and tex messages to their supporters asking for donations to “defend the integrity of our election” with recounts.

However, the fine print states that over half of the donations will go to election campaign debt retirement. The fine print is written in English but 44.7% of Chinese Americans who speak Chinese at home have limited English proficiency.

Chinese Americans have donated over $1 million to President Trump’s campaign this this election cycle.

In September, Trump tried to ban WeChat from being downloaded in the US amid security concerns. One month later, Chinese Americans Chinese used the platform to campaign for the Republican.

Former presidential candidate Andrew Yang has expressed his disappointment that more Asian Americans did not vote against President Trump.