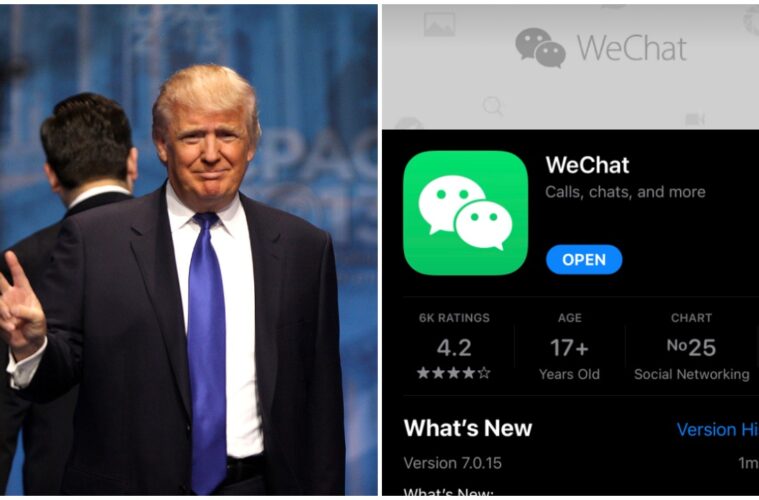 Chinese Americans use WeChat to campaign for President Trump

The US President had previously tried to ban WeChat in America

FT reports that Chinese Americans are campaigning for Trump on WeChat.

Nonetheless, WeChat users are voicing their support for the incumbent president according to research by Chi Zhang with Columbia’s Graduate School of Journalism.

Although 85% of Chinese Americans label themselves as independent politically, some of the loudest voices in support of Trump are featuring on WeChat.

Christina Wu, from Hofstra University in New York, states that WeChat is being used to voice support for Trump as a safe space “without concerns about one’s neighbours or colleagues finding out”.

“I’ve seen some examples of Trump supporters posting, and leftist groups finding out where they work and putting pressure on their employer,” Portland data analyst Mo Fan said.

One supporter stated that Trump holds the same values as traditional Chinese Americans.

“US conservative culture is very similar to the culture of our fathers and grandparents,” he said.

Others differentiate between Trump and his anti-China stance. “I don’t like naturalised Chinese-Americans who try to bring socialism or communism here. They can move back to China,” said Virginia Trump supporter Wen Hua.

Wen had used WeChat in 2016 to door-knock for Trump but is now using Telegram due to Chinese censorship on the app regarding democracy.

“I know it is completely surveilled. Nowadays I mostly use Telegram,” she said,

Even if Trump bans WeChat, Chinese Americans are still keen to support the incumbent president.

“I’ll support it, even though the ban will hurt me,” one voter said. “In the US, WeChat should obey US laws. If you’re in the US, and they use Chinese laws to censor you, that’s not OK.”

In related news, Trump is gaining support from Asian American communities as a whole.