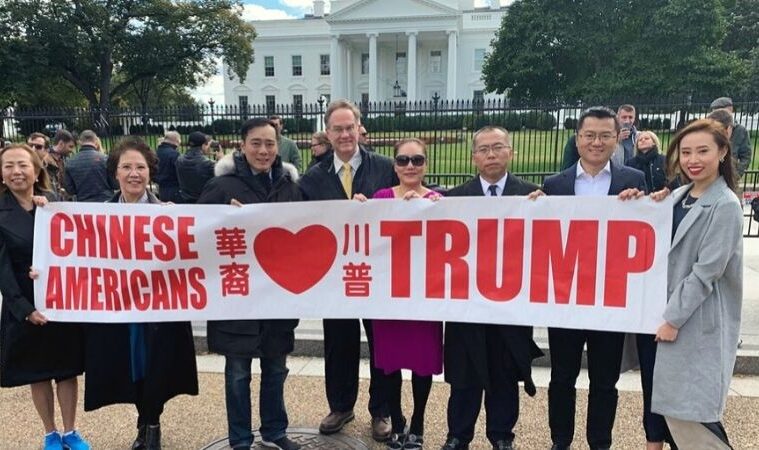 The report shows how Trump‘s popularity fared among Asian American voters between the 2016 and 2020 election periods.

Huang highlights how Trump is recognised on social media as being an “anti-Asian racist” after calling Coronavirus the “Chinese Virus” or “Kung Flu”.

Whilst many thought that “those mean nicknames would seal the deal and make Trump lose every single Asian voter”, Huang’s research proves otherwise.

In 2016, exit polls showed that Hilary Clinton beat Trump in the Asian American vote by a margin of 79%-18%. Pro-Trump Asian communities also only voted in smaller margins – 65% Clinton-32% Trump and 73%-24% among Vietnamese and Chinese American communities respectively.

Vietnamese communities are voting at a margin of 48% Trump-36% Biden, making them the biggest pro-Trump Asian group.

Trump has, however, lost a few percentage points in Chinese American votes with 20% showing him support compared to 24% in 2016.

Trying to make sense of the data, Huang attests Trump’s support to his anti-China stance.

“Not only are his “anti-Asian” comments making him more popular among traditional Asian demographics that lean red, he is also gaining from other Asian American groups with his blunt rhetoric and action towards Communist China,” Huang writes.

“Anti-Communist and anti-Chinese sentiment run deep in many Asian communities, with the beef often going back centuries between Asian countries. Assuming Asians are united is as naïve as thinking Brits and Russians will agree on anything just because they are all “white people”,” Huang explains.

“China is perhaps the best ‘get out the vote’ machine for Trump,” Huang argues. “Every time Trump attacks China, he actually gets more Asian American votes, not less.”

Huang also calculated that “15% of Asian voters remain undecided. If half of them go Trump’s way on Election Day, he might win 40% of the 2020 Asian American vote, double the votes he got in 2016.”

In recent news, a UN report accused President Trump of “seemingly legitimizing” the rise in hate crimes against Asian Americans.