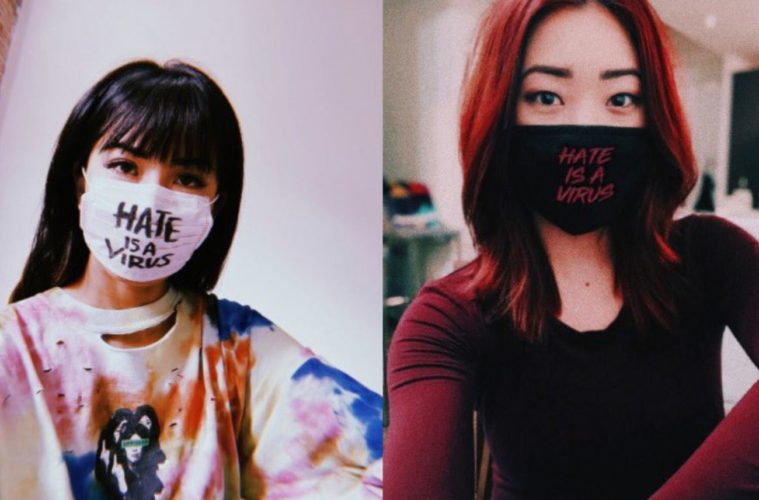 The hashtag is being branded onto surgical masks, which have been a matter of contention recently.

Whilst face masks are commonly used in Asia to prevent the spread of infection, the adoption of their use has been slow in the west.

Instead, Asians in the west who wear masks are repeatedly met with contempt. In one instance, a Chinese woman was berated by a stranger for simply wearing a mask.

In an effort to combat the misperceptions of surgical masks, Michelle Hanabusa, founder of LA clothing brand UPRISERS, is selling masks with the hashtag on them.

“I used to refuse wearing masks when I was younger to avoid being made fun of,” she said. The hashtag “is meant to combat any of these stigmas.”

Despite the CDC’s announcement, activists are still concerned about how whether it will shift public perception.

“We are anxious to see if this announcement ultimately flattens or exacerbates these instances,” said Selina Guo, a New York advertising director at the firm ADMERASIA.

Guo said that masks have “been a polarizing object” according to data from racismiscontagious.com.

Activists behind the hashtag campaign are aiming to reduce the number of attacks on Asian Americans through their message.

“Masks have been a topic of huge debate,” said cofounder of Executive Alerts. “A lot of us have families in Asia, and our parents were worried that we weren’t wearing masks. But then on the other hand they saw news reports about racist attacks on people wearing masks.”

“The government urged people not to wear masks, and now it wants people to wear non-medical masks. That controversy shows what a powerful symbol they are.”

Bryan Pham, leader of Asian Hustle Network private group on Facebook, said the campaign “aims to increase awareness against racism and xenophobia while normalizing the need for Americans to wear masks to protect themselves from COVID-19.”

“ELLE Korea supports #HATEISAVIRUS, which is a movement to combat racism and xenophobia against Asians fueled by COVID-19,” the caption reads.

“It’s a scary time for all of us. But this fear and anxiety can’t be an excuse for any discriminatory behaviour. What we need now is to empathize with and comfort each other.”