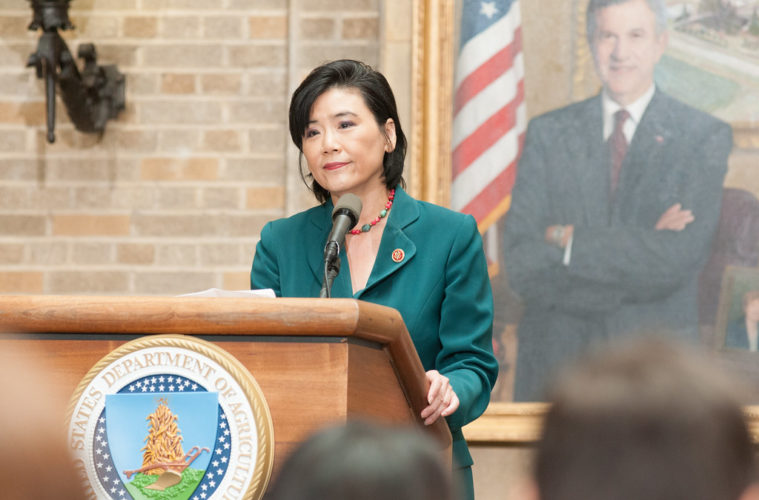 Asian, Black and Hispanic caucus chairs come together in ‘no tolerance’ for Coronavirus racism

"In times of crisis, it's important for us all to stand together"

NBC reports that Asian, Black and Hispanic caucus chairs have joined forces in a “no tolerance” for Coronavirus racism campaign.

Leaders from each each community gathered on Monday to condemn Covid-19 related racism targeted at Asian Americans.

Rep Judy Chu, D-Calif., chairwoman of the Congressional Asian Pacific American Caucus, or CAPAC, had said at the time, “the members of Congress are the trusted sources out there, so if they say something about what the truth actually is, I think it has meaning. Also, of course, the members of Congress have a huge role to play in calming the public.”

On Monday, she emphasised that 100 incidents of targeted racial hate a day towards Asian Americans were being reported.

Rep. Hakeem Jeffries of New York, chairman of the Democratic Caucus added, “In times of crisis, it’s important for us all to stand together. It’s particularly important for leaders of every race, every religion, every background to raise your voices as we are doing today to make it clear we will not tolerate anti-Asian rhetoric or violence against the community.”

Although President Trump has since stated that the virus is “not the fault of Asian Americans”, he  came under fire for repeatedly referring to the virus as “Chinese”. At one point, the president even went as far as saying Asian Americans “would 100% agree” with calling the Coronavirus “The Chinese Virus”.

When asked about it, Chu said his change in rhetoric was “too little, too late.”

Rep. Karen Bass, D-Calif., chairwoman of the Congressional Black Caucus, added: “These attacks are nothing new, unfortunately, in the history of our country at different points in time. White supremacy rears its head, and there have been attacks on one of our communities.”

In related news, a teenage girl has been charged for spitting and racially abusing two Asian women in Sydney, while blaming them for “bringing Coronavirus here.”