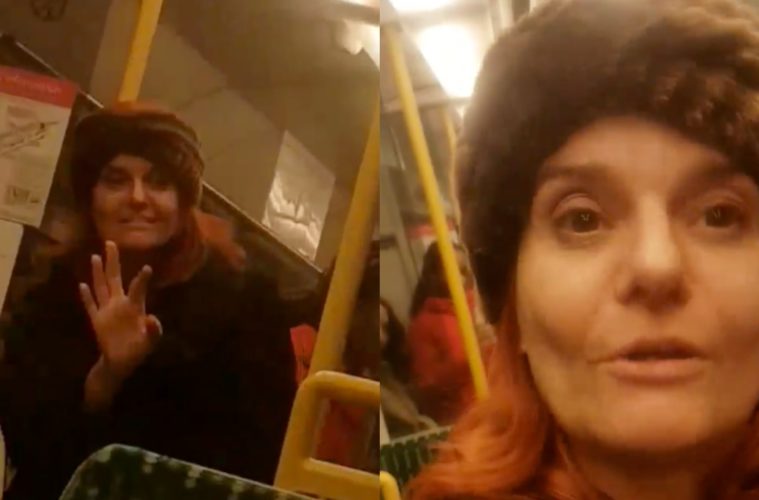 "Not every Chinese person in the world has Coronavirus!"

An entire train carriage in Birmingham defended a Chinese woman from a racist who said she had Coronavirus for wearing a mask.

Facebook user David Superbreed Joyce posted videos of the incident, writing in the caption that a “South American woman on the train” called a Chinese woman “corona and all sorts of nasty sh!t”.

Joyce explained that the Chinese woman was wearing a mask and had explained that she “had cancer last year and had chemotherapy” so was “wearing the mask since before the corona outbreak to protect her body on the daily commute”.

However, the South American woman continued “saying her racist and ignorant remarks” so Joyce began filming.

In one of Joyce’s clips, the South American woman is heard repeatedly saying to the Chinese woman “you’re in England” and “this is England.”

In response, multiple people jump to the Chinese woman’s defence. “She’s come here to earn a living,” said one person.

“Not every Chinese person in the world has Coronavirus,” another said.

“You’re being rude and ignorant,” a voice is heard saying.

“She explained that she’s unwell,” a passenger says about the Chinese woman. “She’s protecting herself. ”

“She’s not hurting you, leave her alone!” Joyce is heard saying. “You’re bullying this woman! No one wants to hear your racism.”

In a separate clip, Joyce is also heard saying, “if she wants to wear a mask, it’s not bothering anybody else!” But the racist woman continues to ask the Chinese woman “why are you wearing a mask if it doesn’t matter?”

“You’re out of order,” another person said to the South American woman. “She’s doing nothing wrong.”

When the Chinese woman begins filming the South American woman, the racist woman responds by saying, “you’re protecting yourself with a camera? That’s so Chinese! They love taking videos!”

“It’s nothing to do with race!” A fellow passenger responds. “It’s to do with you being rude and disrespectful and she wants to document it.”

The same passenger also berates the woman for telling the Chinese woman to “go and have bat soup,” saying “she can do what she wants.”

When the racist woman gets up to leave the train, she bizarrely says, “I don’t live here. I don’t care for England or China,” despite repeatedly saying “this is England.”

Joyce adds that the woman tried “snatching his phone out of his hand” too.

In related news, an elderly Asian woman was chased by a man with hand sanitizer bottle.