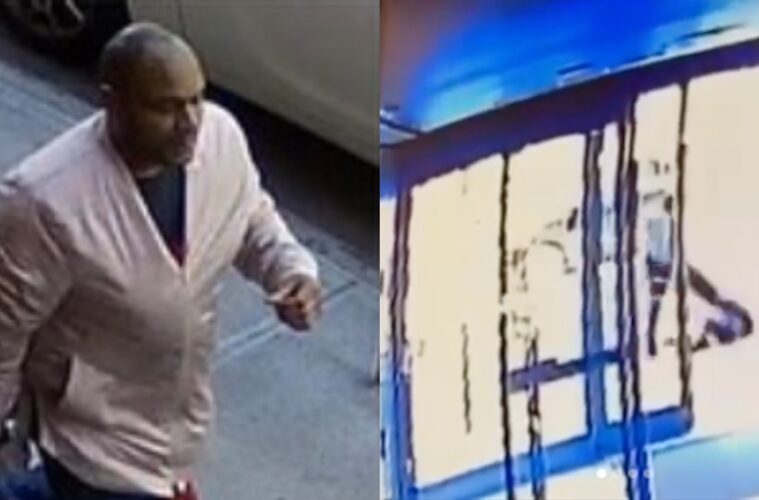 Two doormen have been fired for not intervening as an elderly Asian American woman was brutally beaten in Manhattan.

65-year-old Vilma Kari was walking to church in midtown when a man rushed up to her and kicked her in the stomach.

Police arrested Brandon Elliot and charged him with attempted assault as a hate crime.

Elliot, 38, was already on lifetime parole after fatally stabbing his mother in 2002. He was released from prison in 2019.

The incident occurred outside a luxury Manhattan building. Two doormen who worked at the building observed as Kari was repeatedly attacked.

One man is even seen closing the door as Kari lay helplessly on the ground.

Kari suffered serious injuries including a fractured pelvis in the attack and required hospital treatment.

The building’s management company, The Brodsky Organization, announced the the doormen have been sacked.

“While the full lobby video shows that once the assailant had departed, the doormen emerged to assist the victim and flag down an NYPD vehicle, it is clear that required emergency and safety protocols were not followed,” the company said in a statement.

The doormen’s union, SEIU 32BJ, said the two workers were challenging their sacking.

Union president Kyle Bragg said, “we believe we must root out systemic racism in all its forms.”

“We believe that all union workers, especially workers of colour who are often the subject of unfair treatment on the job, have a right to a fair process as outlined in their contract.”

The union claims the doormen waited until the attacker walked away before checking on Kari as they feared he had a knife.

There has been a surge in attacks on Asians across America including an Asian woman who was hit in the face in Philadelphia.