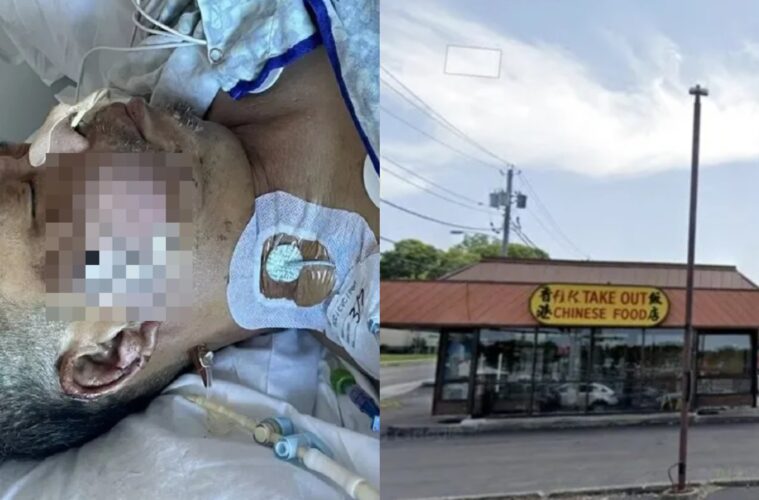 A Hong Kong truck driver was beaten and left for dead during a restaurant delivery in New York.

54-year-old Zeqiang Chen was making a routine delivery for Hong Kong Restaurant in Syracuse late on 1 March when he was savagely attacked.

Chen has worked as a truck driver for over 20 years after immigrating to the US from Hong Kong.

Police found Chen under his truck at around 6am on 2 March at the restaurant. Blood was found on the pedals, fuel tank and tyres.

Chen’s body was battered with serious trauma to his head and bruising throughout his body. His face, hands and body also suffered from frostbite.

Family members said Chen is currently in intensive care at a local hospital. Whilst he has regained consciousness, he is unable to speak.

Mr. Yang, the owner of the Hong Kong Restaurant, was alerted to the incident by a garbage company which was unable to collect due to a police blockade on site.

“They told me that it might be a fire in the restaurant, so I rushed to the store,” Yang said.

“I received a call from the police on my way to the restaurant saying that someone was injured in my parking lot and wanted to check the surveillance video.”

CCTV footage failed to capture the attack itself but witnesses said they saw a group of African teenagers in the area during the time Chen was making the delivery.

In other news, a Japanese language teacher was hit in the face with a rock inside a sock in Seattle Chinatown.