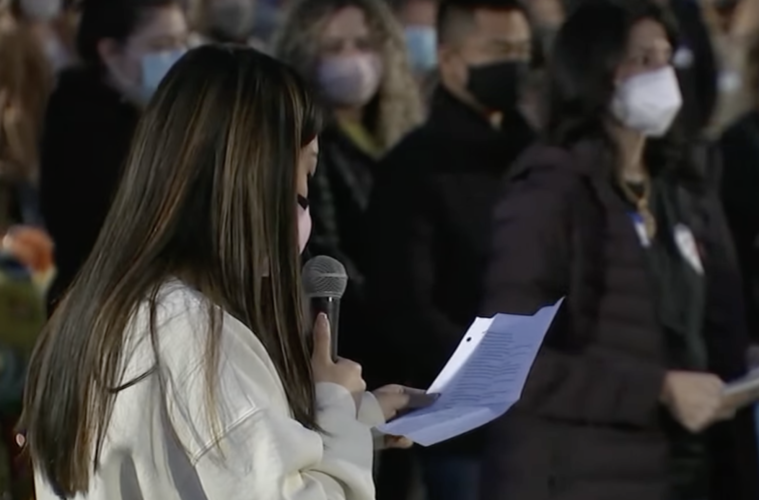 "At night, my wife and I could not sleep for more than three or four hours"

A group of California neighbours are banding together to protect an Asian-American family from racist attacks.

Haijun Si and his family moved from China to Ladera Ranch, OC, four years ago.

Soon after the family moved in, his family were targetted by a group of 20 neighbourhood teenagers.

The hooligans repeatedly rang the doorbell late at night and threw rocks at the home. Racial slurs would also be shouted at the family.

“My kids are scared. I’m very annoyed,” Si, 48, said. “At night, my wife and I could not sleep for more than three or four hours. Please, parents, tell your kids don’t do that again.”

The father of two installed fences and cameras in an effort to deter the attackers, as well as getting the local sheriff involved. However, the attacks continued.

Si’s neighbours then intervened by arranging a literal neighbourhood watch in which groups would standby and observe the family’s driveway.

“I did not understand the extent of the harassment and how often it was occurring, at first. I was immediately outraged and wanted to help,” neighbour Layla Parks said.

Parks shared footage of the the attacks on Facebook, urging community members to help keep watch.

“It’s definitely made me sad for this community, because this is just a wonderful place full of friends and neighbours that love and care about each other,” she said.

“This harassment started almost immediately upon them moving here, and the fact that it was so clearly tied to their race is deeply upsetting,” neighbour Olivia Fu said.

Si expressed his thanks for his neighbour’s efforts.

In other news, Senator Tammy Duckworth has spoken out against the escalating violence towards Asian Americans.