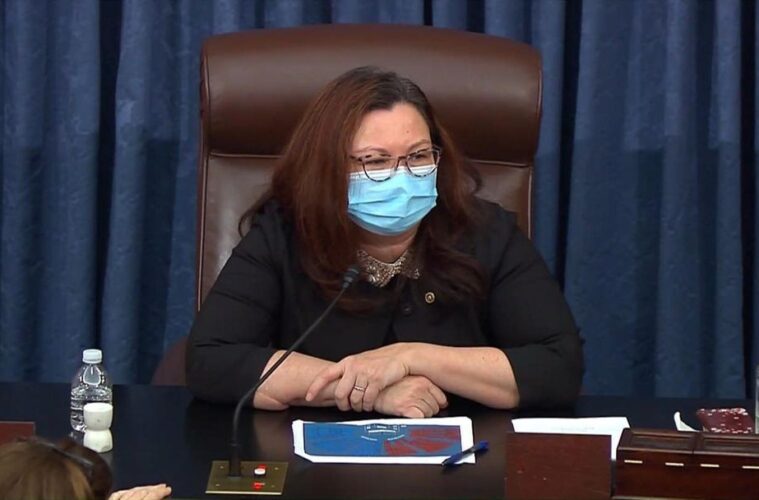 ‘I still get asked, ‘Where are you from?”: Senator Tammy Duckworth condemns anti-Asian violence

"My ancestors have been here since before the revolution. So let's talk about where you're from"

Senator Tammy Duckworth has spoken out against the escalating violence towards Asian Americans.

Speaking to CBS, the Illinois senator said she is calling for a federal response to address anti-Asian racism and partly blames former President Trump.

“Remember that a lot of the rise of Asian– anti-Asian violence started because of efforts by the far-right media and also by then President Trump, you know, using terrible terms like “kung flu” virus and all of these other racist terms that did not help the situation,” Duckworht said.

“And frankly, it’s appalling that it’s been allowed to go– to become this bad. And I’m very, very grateful that President Biden has spoken out against anti-Asian violence. We, of course, have an Asian-American in the White House in the– in Vice President Kamala Harris.”

Duckworth went on to say how Asians are still excluded from American society.

“We have a long way to go in this country. Asian-Americans are still viewed as an other. We are still viewed– you know, I still get asked, where are you from, originally? I’m like, well, actually, my ancestors have been here since before the revolution. So let’s talk about where you’re from.”

She then emphasised that the country needs to unite and eliminate violence.

“We need our diversity. We need everyone to help us work and pull ourselves out of this situation we’re in with our economy, to fight the COVID virus and regain our footing. And we can’t afford to be fighting each other. And certainly we can’t afford to condone any type of violence against any within our nation.”