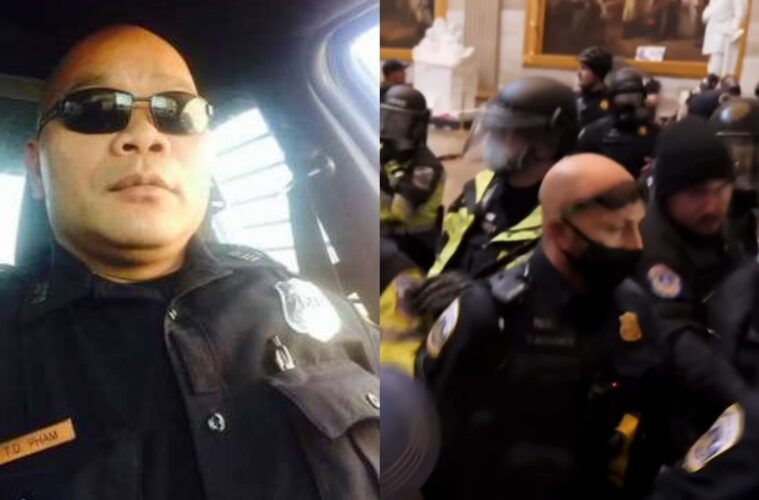 "I wonder if the Vietnamese Trumpists, in all their delusion, will call him a hero"

A Vietnamese American police officer could face federal charges for participating in the Capitol Building riots.

Tam Dinh Pham is accused of “penetrating” the Capitol as pro-Trump supporters breached the building in an attempt to prevent lawmakers finalizing the Presidential handover to Joe Biden.

“There is no excuse for criminal activity, especially from a police officer,” Acevedo said.

“I can’t tell you the anger I feel at the thought of a police officer and other police officers thinking they get to go storm the Capitol or members of the military or the Secret Service. And so our commitment here in the Houston area is always to the rule of law. And it saddens me to report that we have that one officer.

Although the department did not publicly name the officer, his identity was later revealed.

“Keep in mind, everyone has a First Amendment right to engage in First Amendment activity, but I wanted to make sure they didn’t pass beyond that and do something unlawful,” Acevedo said.

“I can tell you that there is a high probability this individual will be charged with federal charges and rightfully so.”

Pham, who worked for the Houston Police Department for 18 years, had resigned prior to the press conference and has reportedly said he “shouldn’t have done it.”

News of the officers involvement prompted one social media user to Tweet, “I wonder if the Vietnamese Trumpists, in all their delusion, will call him a hero.”

In related news, a pro-Trump rally as held in Tokyo in response to the Capitol Building riots on Wednesday.